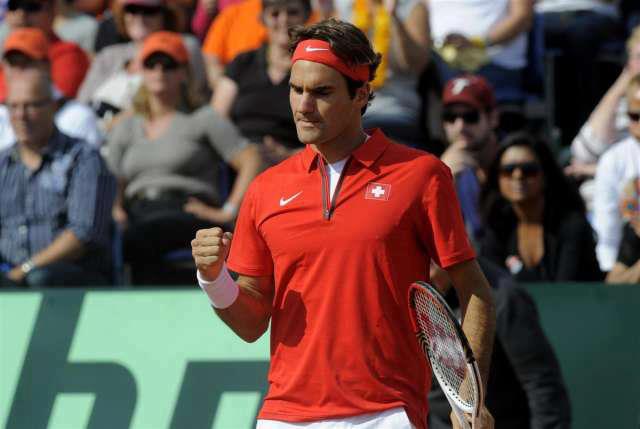 After Swiss duo Roger Federer and Stan Wawrinka each won their opening singles matches Friday, the doubles team lost to the Dutch in 4 sets on Saturday, cutting their lead down to 2-1. With a Davis Cup World Group berth on the line, the Swiss maestro comfortably defeated Robin Haase 6-1 6-4 6-4, clinching the tie 3-1.

In the fifth match, De Bakker of the Netherlands defeated substitute Chiudinelli 6-2 7-6 (4). Final score of the tie is 3-2, and the Swiss will return to the world group in 2013.