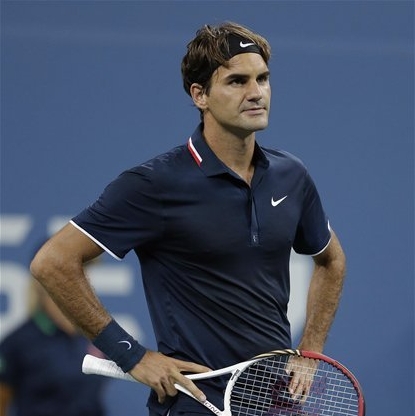 Berdych stuns Federer at US Open

Roger Federer took to the court Wednesday night in Flushing, New York, having not played since Saturday afternoon. With a walkover by Mardy Fish’s withdrawal on Monday, the Swiss maestro went four days between matches. Although he broke in the first game, it was Tomas Berdych who stole the show. The Czech broke and pushed the first set to a tiebreaker, where he hit powerful groundstrokes to take the first set. He then broke immediately in the second set. The Swiss star was in the negative balance thus far, hitting far more unforced errors to winners.

The match was enthralling from start to finish, more so late in the second set when Berdych kept his nerve and took a two sets to love lead. Again, Federer was down a break early in the third set, but this time, within 15 minutes, won five straight games to dig out of a 3-1 love 40 deficit and cut the lead in half. It appeared as if the Swiss maestro would take his momentum and better play to turn the match around. Just as the later stages of the fourth set settled in, Federer’s forehand faltered. Cautious hitting, then narrowly overhitting, the Swiss was broken and with no hesitation, Berdych served out the match. 7-6 (1) 6-4 3-6 6-3, in 2 hours 42 minutes.

Federer was previously 21-0 in night matches at the US Open, while Berdych was playing in his first night match on Arthur Ashe. For the first time since 2003, the Swiss maestro is not in the US Open semifinals. His statistics for the night: 7 aces, 3 double faults, 44 winners, 40 unforced errors. He will retain his #1 ranking after the US Open, as his lead can be cut from 895 to 535 at most if Djokovic wins the title. It is expected that neither player will play an event for a few weeks after the US Open, ensuring the #1 ranking to be put to battle in the final indoor events of 2012.

Next for Federer is Davis Cup (at Netherlands on outdoor clay), which he has been picked by Switzerland but has not yet confirmed his participation. 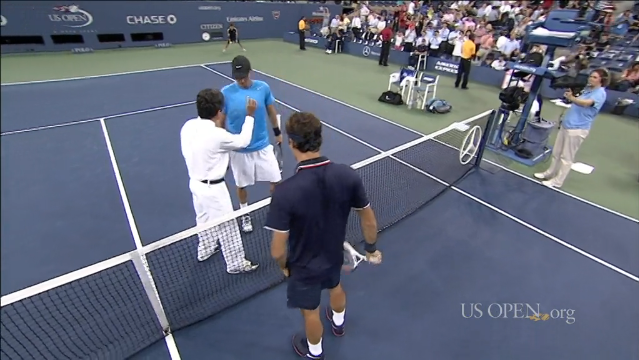 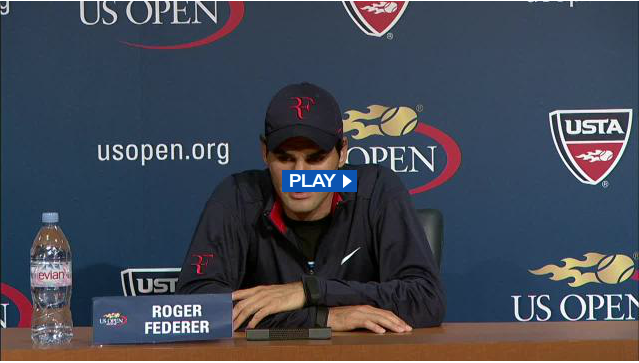