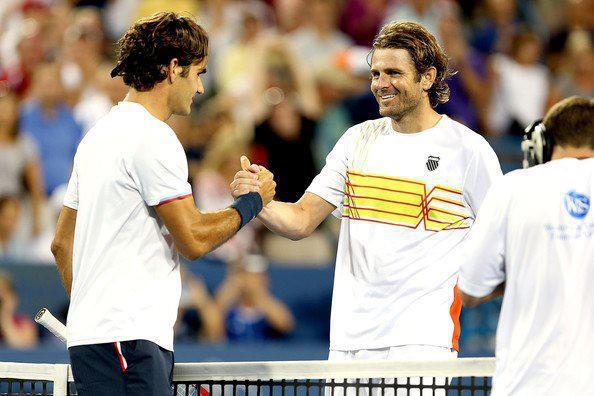 Roger Federer is into his 34th consecutive grand slam quarterfinal, but this time, by a walkover. His fourth round opponent, Mardy Fish, withdrew early afternoon, just hours before the scheduled match time.

Via USOpen.org: Mardy Fish, the No. 23 seed, has withdrawn from the 2012 US Open due to health concerns. Roger Federer advances to the quarterfinals via walkover.

“I regret that I have to withdraw from the US Open for precautionary measures,” Fish said in a statement. “I was reluctant to do so, but am following medical advisement. I had a good summer and look forward to resuming my tournament schedule in the fall.”

Federer expressed his best wishes for Fish’s health and next faces No. 6 Tomas Berdych in the quarterfinals.

“I am really sorry for Mardy. I just want to wish him a speedy recovery. We all want to see him back on tour soon,” Federer said. “It will be a tough match against Tomas. We have played many times in the past and he has always been a tough opponent. I will have to continue to serve well and dictate the points.”

The Swiss maestro will face Tomas Berdych in the US Open quarterfinals on Wednesday.