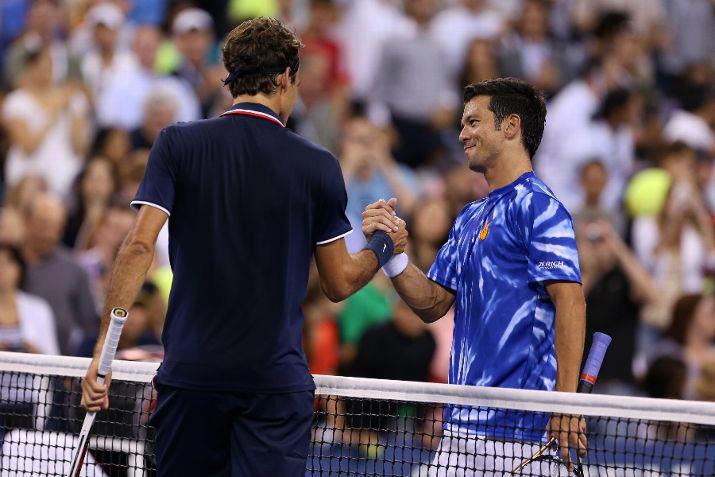 Federer into US Open third round

Roger Federer breezed into the third round of the 2012 US Open after a 90 minute victory over Bjorn Phau, 6-3 6-2 6-3. The Swiss maestro improved to 23-0 in night matches at the Open. Similar to the path of his first round match, it was smooth sailing from start to finish for Federer, who fired 15 aces and hit 44 winners en route to victory.

Phau won the first meeting between the two players, 13 years ago in Washington. Fast forward to 2012, and Federer is 3-1, yet still remembers their early days.

“I remember going to a Future in Greece, spending some time with him there,” reflected Federer. “I think we were both waiting for lucky losers at one point. He got in and I didn’t because he was ahead of me in the rankings. Here we are on center court at the US Open. It’s quite amazing. I’m glad we both got the opportunity to experience something like we did tonight.”

Federer closed out the victory with his 15th ace to cruise through to the round of 32 for the 13th straight year. This year’s US Open marks the 52nd consecutive grand slam event that the Swiss is appearing in.

“It [was] a great night of tennis, not too much wind. [I had a] great opponent who was also ready to do some shot making,” said Federer. “I enjoyed it, like I always do, particularly the night sessions here in New York.”

Federer faces 25th seed Fernando Verdasco next in the third round on Saturday. 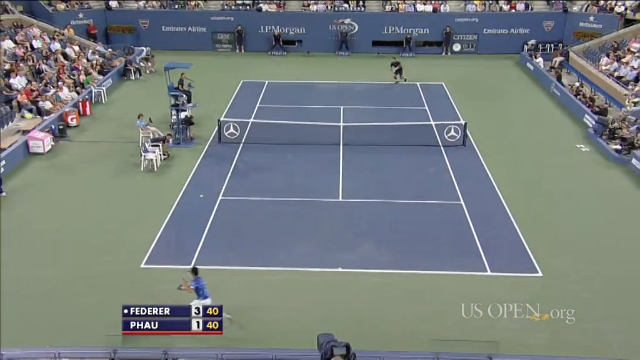 Also, Federer almost hit a tweener. Watch the video below.