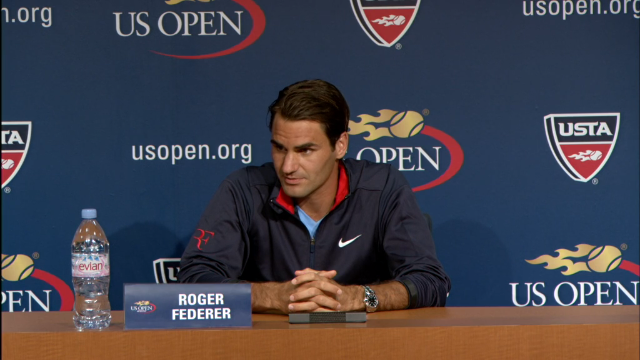 Federer from shaken to self-assured

In an ATP World Tour piece days before the start of the 2012 US Open, Roger Federer shares how his confidence has travelled in the past year, from “shaken” to “self-assured.”

“I think I felt good last year, but probably felt that maybe at times the matches were not always in my racquet, whereas maybe this time around I feel like if I’m playing well I can dictate who’s going to win or lose,” he said. “It’s going to take something special from my opponent to win. That’s kind of how it feels right now.”

In 2011, Federer lost to Jo-Wilfried Tsonga in Montreal, then lost to Tomas Berdych in the quarterfinals of the Cincinnati masters. The Swiss reflected on the losses and how it lead up to the year’s final grand slam.

“That’s the kind of guys you definitely want to beat to give yourself the chance to the [No.] 1 and [No.] 4 ranked guys,” he elaborated. “If you start losing to those guys all too often that will play tricks on your mind how are you then going to beat the best, even though it’s not really related. So maybe I did come into the US Open with a few losses that already maybe shook me up a little bit.” 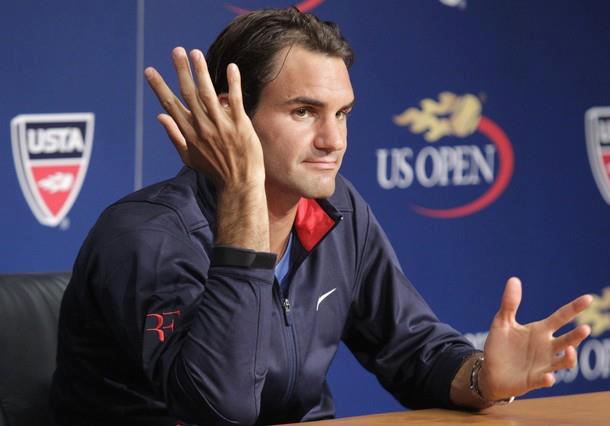 This year has been a different story. Federer has won 5 titles already in 2012, the most recent coming last week, defeating Novak Djokovic 6-0 7-6 (7) to win his record 5th title in Cincinnati, and record tying 21st masters 1000 title.

“I’m just happy how I’m playing,” said the Swiss. “I already reached my goal for the year becoming World No. 1 and getting Wimbledon again and getting a medal for Switzerland. It’s been incredible. But I do have this one left for me this year where I really, really want to do well, and I couldn’t be more happy returning here as No. 1. It’s super exciting.”

Federer won five straight US Open titles between 2004-08, but has since finished runner-up to Juan Martin del Potro in 2009 and bowed out in the semi-finals against Novak Djokovic the past two years after holding match points each time.

His defeat to Djokovic in 2011, however, sparked a 17-0 finish to the year. Including his three titles to conclude 2011, he was won nine total since last year’s US Open.

“I took some time to assess the situation and how should I move forward,” said Federer. “And then of course it was great to start off with a win in Basel last year in my hometown. Then the rest we know. So it’s been a great last 12 months.” 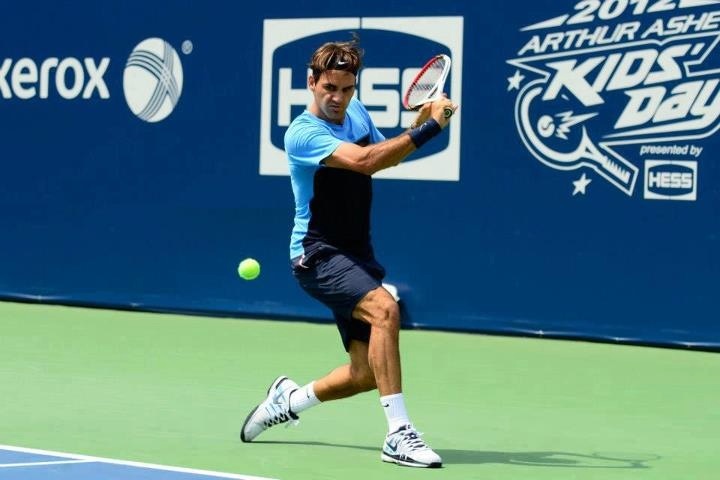 “I was able to stay injury free. I always did believe that if things turned for the better for me I was always going to be very near to World No. 1. I wasn’t far off, but I couldn’t plan on Novak going on a 40 match winning streak or Rafa going for almost four Grand Slams in a row, as well. Other guys also have their part to play in it. It’s not only up to purely myself. That’s where you have to be patient sometimes and just keep working hard and believing that what you’re doing is the right thing as well.”

Now the Swiss maestro takes on Donald Young in the first round of the US Open, and he will not be taking him nor any opponent lightly.

“I will take it one match at a time,” said Federer. “There’s no doubt about that. I will never ever underestimate an opponent ever again. I did that enough when I was a teenager. Those times are long gone.”