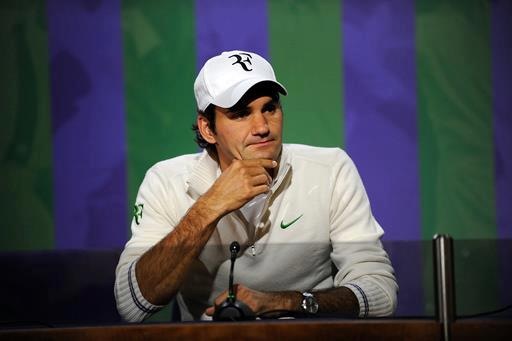 Two days before the start of Wimbledon, Roger Federer is eyeing his prime opportunity to win his 7th Wimbledon title, a mark which would equal the great Pete Sampras’ record in the open era (since 1968). The Swiss maestro is dreaming of winning his 7th title and 17th grand slam.

Such a feat would tie the great Pete Sampras’ record at Wimbledon. It would also mark Federer’s return to #1 once again, and break another record, the all time record of weeks at #1 (Sampras 286, Federer 285).

“I am dreaming of the title. There’s no denying that,” said Federer. “But I’ve [lost] two quarter-finals the last couple years. I want to do better. I have to do better in this event because I could have gone further the last couple. Maybe [I was] a bit unfortunate at times. Maybe the other guys were just too good. Maybe I wasn’t quite at my best. Who knows what the combination was.

“But it’s up to me to make that difference now and take it to the next step. Then once hopefully I am there, I can reach for the title. A seventh would be amazing. I think that would be tying Pete, which I think would be absolutely fantastic obviously, admiring Pete when I was younger.”

The Swiss maestro has won 4 titles this season and talked about his confidence and match experience heading into the championships.

“My confidence is very good. I’ve won very many tournaments, so many matches the last year or so that I feel perfect in this regard,” said Federer. “I’m not lacking matches. I’m match fit. I’m match tough right now. I think that’s also key going into a Grand Slam to be quite honest.”