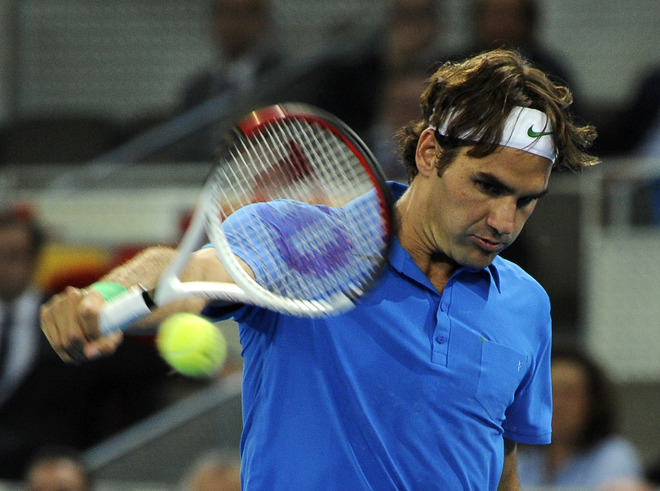 Playing his first match after a long layoff, Roger Federer was tasked with a difficult draw. A first round bye placed him in a second round clash with the big serving Canadian, Milos Raonic. The two had only played once before, in Indian Wells earlier this year. Raonic served extremely well, and the Swiss maestro fought from a one set deficit to win in three sets. Tonight in Madrid, the match followed a similar story, with Federer coming from behind to defeat Raonic 4-6 7-5 7-6 (4) in 2 hours 13 minutes. Federer showed signs of rust, hitting 37 unforced errors, but also hitting 36 winners. He also fired 7 aces and displayed much more serve and volley tactics (19/34 at net). 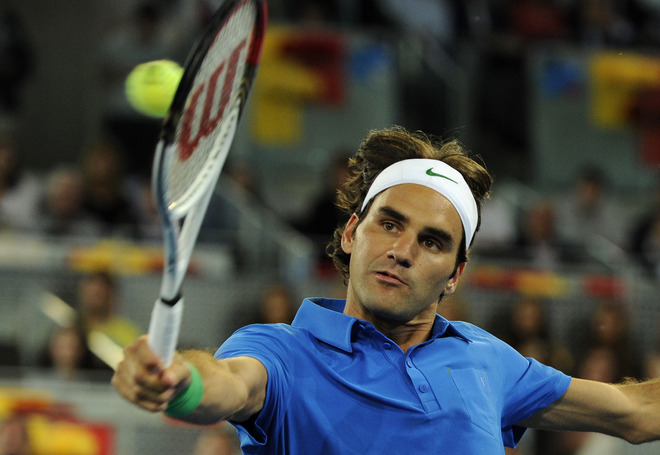 Both players served well up to 4 all in the first set, where a sloppy service game by Federer gave Raonic the break he needed to serve out the first set, 6-4.

The second set saw the level of play rise, with vintage highlights and spectacular shots from Federer. Raonic’s serve was nearly flawless the entire match until down 6-5 when Federer read every serve and broke to even the match.

Into the third set, Federer held a crucial game at 2 all. Immediately in his next service game, the Swiss star saved two break points. One with a sharp angled slice volley, and the second with an ace. Both players continued to push the match deep into the final set. In the end, it was the Swiss maestro who prevailed in a third set tiebreaker. With one final cross court forehand return winner, Federer completed a clutch performance.

Federer faces Frenchman Richard Gasquet in the 3rd round (Thursday, May 10, not before 6:45pm local time in Madrid). Watch full coverage of the Mutua Madrid Open on FF07tv.