Federer discusses #1 ranking and other matters for 2012

In an interview with Swiss newspaper Basler Zeitung, Roger Federer spoke about his hopes on the #1 ranking and a few other things coming in 2012. Sourced thru Tennis.com, the 16 time grand slam champion said “In the long term that’s one goal…but in the short term it’s no longer possible. This I must accept. Whether I’m No. 3 or 4 does not matter. The crucial thing is that I stay in the Top 4. That makes it easier at the Grand Slams. We are four equals, there can be very quick changes in the hierarchy. What is clear is in men’s tennis in a season you have to get almost two Grand Slam titles to be No. 1.” 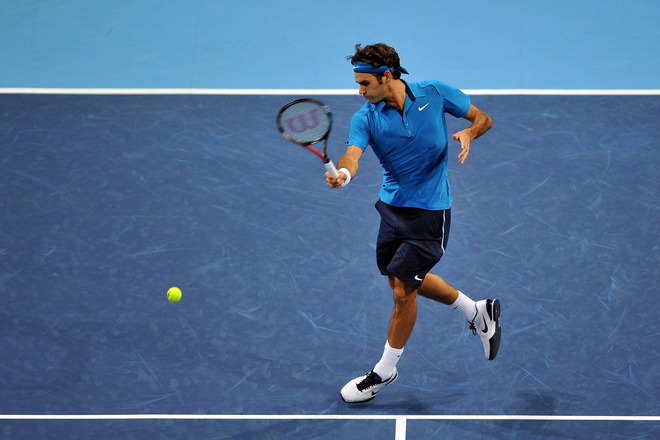 Regarding the heavy rumor around the 2012 London Olympics and the Federer-Hingis mixed doubles possibility, Roger stated “It is too early for a decision…We’re both in a comfortable positions and fortunately not have to rely on playing together at the Olympics.”

He later added his past experiences in playing mixed doubles, notably with his wife Mirka, during her playing days. He described Mirka during those times as being “most emotional. She had great pain and then had to cry after every game. It was clear to me that it’s not about winning, but just the fact that we are ever together on the court.” 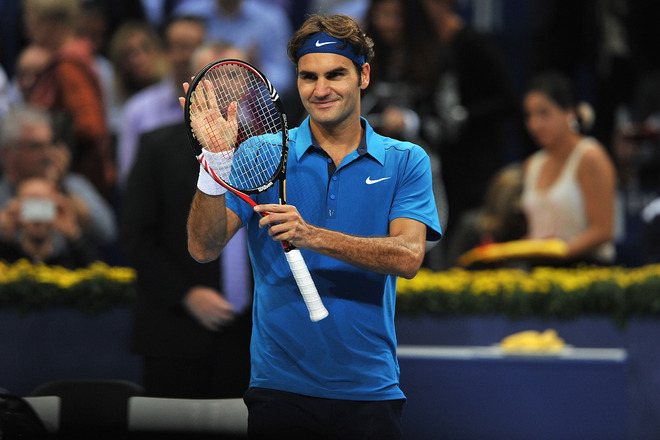 Federer is playing in Basel this week at the Swiss Indoors event. Stay tuned for more information regarding the maestro’s next match.