Roger Federer flew into Sydney from New York City on short schedule, with less than two days to adjust and prepare to the fast playing grass for Davis Cup vs Australia. He has now played three consecutive best of 5 set matches, three days in a row. After defeating Hewitt on Day 1 and coming up short with Stan in the doubles yesterday, Roger pulled out a 4 set win over promising young gun, Bernard Tomic, 6-2 7-5 3-6 6-3.

Coming down to the 5th and deciding match, Stan Wawrinka and Lleyton Hewitt battled to the end of the day, with Stan leading 5-3 in the 5th set before play was suspended due to darkness. When play resumed Monday in Sydney, Australia, Stan the man sealed the victory by breaking Hewitt’s serve; final score: 4-6 6-4 6-7(7) 6-4 6-3. 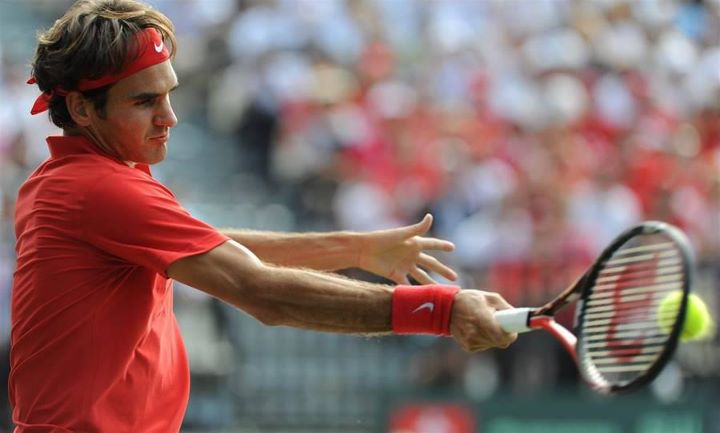 Switzerland completes the weekend in Davis Cup with a 3-2 victory over Australia and will advance to the World Group in 2012.