Day 1 is complete between Switzerland and Australia. The two countries played the first round of singles matches at the grass courts (true and fast playing grass courts) of the Royal Sydney Golf Club. The result? It is 1-all. Young Aussie, Bernard Tomic, in his first meeting against Stan Wawrinka, pulled the upset. He defeated Wawrinka 4-6 6-4 6-3 6-3 to give Australia a 1-0 lead. Afterwards, Tomic talked about his nerves in the first set. “Having Roger (Federer) watching, it’s a bit difficult having your idol watching you.” As for his first meeting against Roger on Sunday (reverse singles)? “I just pray he doesn’t like my game. If he likes it, I’m screwed.” 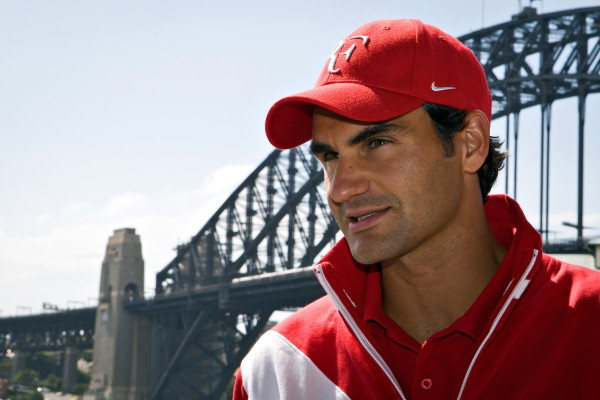 Second up, was a classic match. Roger Federer vs Lleyton Hewitt. We all remember the epic but heartbreaking loss back in 2003 at Melbourne Park. That time, Hewitt came back from 2 sets to love to defeat Federer. Something like that has happened to Roger in the last two slams. Thankfully it did not today. Many fans got nervous after the first set and late in the fourth set as Roger had an advantage for two match points at 15-40 and did not convert but just seconds later converted a third match point and that evens the tie at 1-all. Federer defeated Hewitt 5-7 7-6 (5) 6-2 6-3. 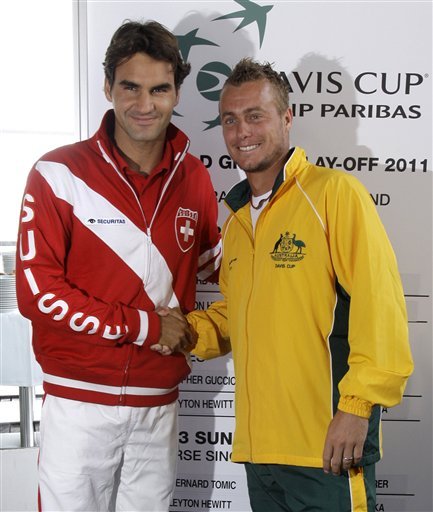 Day 2 will highlight doubles as Roger Federer and Stanislas Wawrinka (2008 Olympic gold medalists) are scheduled to face Lleyton Hewitt and Chris Guccione. Watch the match with WatchTennis on FedererFan07.