Roger Federer is under the radar at this year’s Roland Garros as Rafa and Nole are primarily under the spotlight but nevertheless he is thru to the quarterfinals of a grand slam for the 28th straight time (thats 7 straight years!). He has not lost a set, and has won each match rather comfortably without spending much time on court. Federer looked to be his usual self as he defeated compatriot and Davis Cup teammate Stan Wawrinka, 6-3 6-2 7-5. The prior holder of the grand slam quarterfinal streak was Jimmy Connors, but he skipped a few slams during his streak. Federer has not missed a slam in the past 7 years during this current streak and many years before that as well. 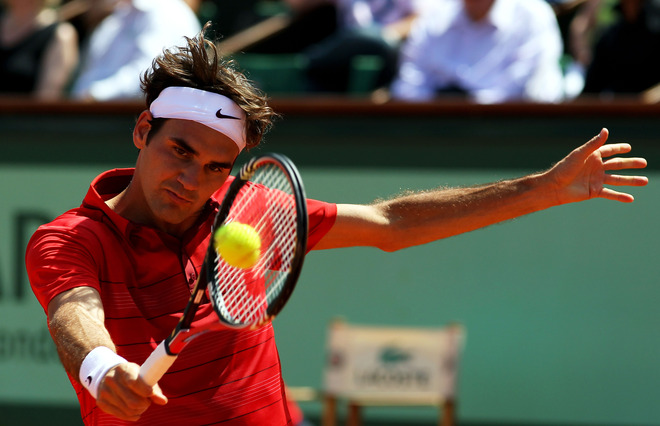 Cruising thru the first two sets, Wawrinka made it tougher in the third until Federer broke at 6-5 to serve out the match. He now awaits the winner between #7 David Ferrer and #9 Gael Monfils for his quarterfinal match in two days. After the match, Roger spoke about setting the record for number of times consecutively making the quarterfinals of a grand slam. “Twenty-eight quarterfinals in a row, that’s great,” Federer said. “But that’s another opportunity for me to go one step further.” 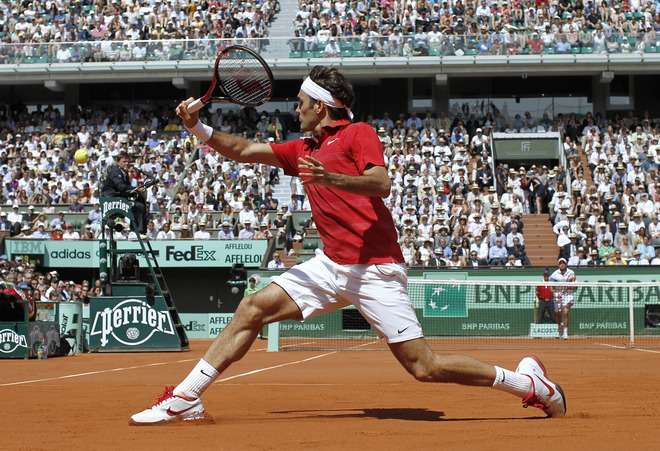