First things first, if you have not already, do your part to help the earthquake and tsunami victims of Japan by donating to the American Red Cross. You may donate directly to them, securely, by using Apple iTunes. Simply click the image below to take you there. I am pushing very hard about this. Also as previously mentioned, if its okay with you, share in a message with Meebo chat to the right the amount you donated. I would like to put an estimate on the total and share it early next week.

Moving to the tennis, Swiss duo Roger Federer and Stan Wawrinka continue to impress and they defeated another team of doubles specialists, Knowles and Mertinak, 6-1 7-5. Next up? The Spanish team of Rafa Nadal and partner Marc Lopez. Here’s a photo of Roger and Stan before their match today via @stanwawrinka. Stan captioned the photo saying he was happy Roger finally decided to wear the same color. 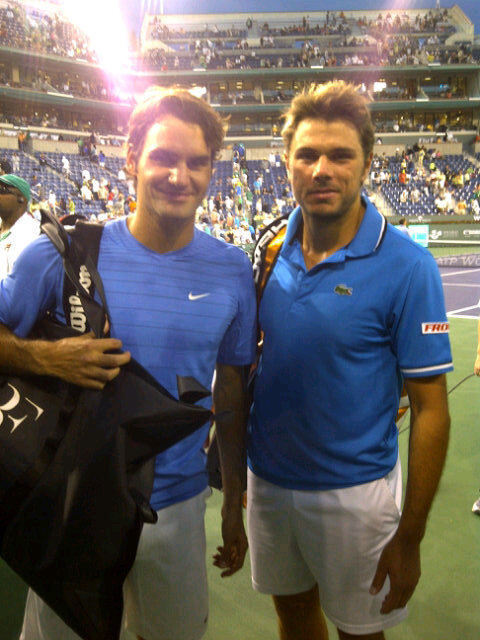 Interesting day tomorrow as the two will face off in the quarterfinals third on Stadium 1 (not before 3:00pm) in the day session, and later on face Rafa Nadal and Marc Lopez in doubles (not before 6:00pm). Novak Djokovic and Richard Gasquet will go at it first on in the day session tomorrow. 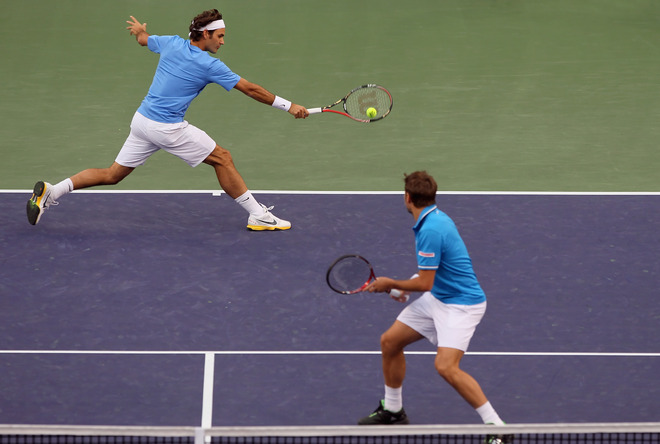 Rafa Nadal won a thrilling three set match in a third set tiebreak and was absolutely exuberant in his post-match celebration. Watch the highlights:

Who will the he face in the semifinals? Juan Martin del Potro, who has been sneaking up the rankings and is into the semifinals after Tommy Robredo withdrew due to injury. The ATP has an interesting article about del Potro thinking ahead to possibly playing Rafa and having his game suddenly click to top form. Read more on that here.

Click here for the full schedule for order of play tomorrow (Friday, March 18, 2011). Also don’t forget to keep up with the 2011 Indian Wells album at FF07 on Facebook.

Thats today’s summary. Check back in tomorrow for updated coverage in Indian Wells and regarding the support here from the unofficial FF07 Foundation for the earthquake and tsunami victims of Japan.