Quick recap of the match which finished just within the hour, Roger Federer defeated American young gun Ryan Harrison tonight, 7-6 (4) 6-3. Roger played quite sloppy, being unable to serve out the first set and unable to convert on many break point opportunities, especially at love-40 on Harrison’s serve on three match points. He did however go up 40-love and clinched the match on his fourth and first match point on serve. 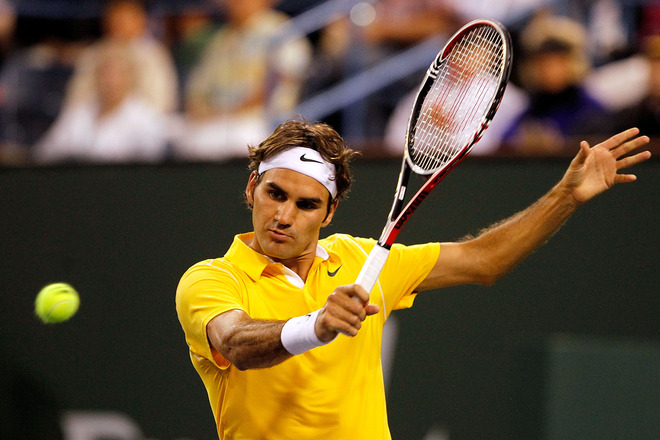 Next up is an Indian Wells Swiss showdown in the quarterfinals. Roger Federer vs Stan Wawrinka. Keep up with the 2011 Indian Wells album at FF07 on Facebook. 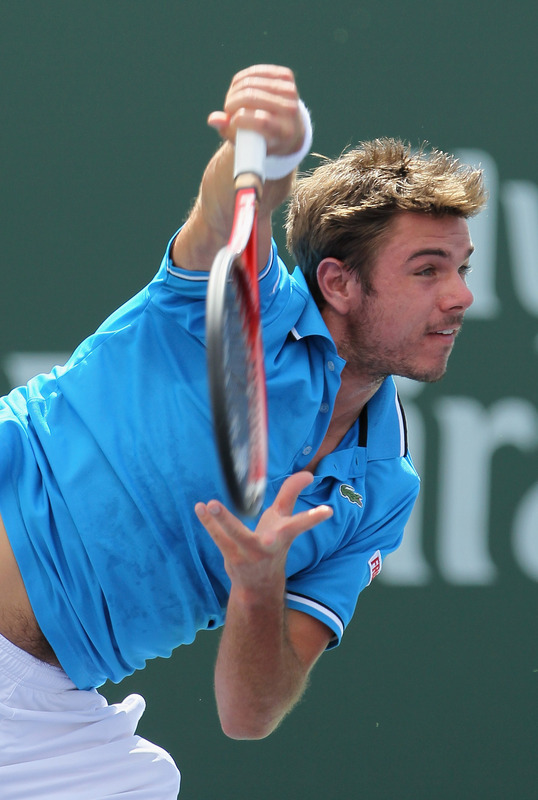 Stan the man won a great match against Tomas Berdych today, with the scoreline of 3-6 6-4 6-4. Stan is not nearly as much of a “social network freak” as Novak Djokovic but I am happy to see @stanwawrinka Twitter updates as they help FF07 viewers keep up with the Swiss doubles in Indian Wells and Roger as well. The 2008 Gold Medalists Roger and Stan will face off tomorrow second on Stadium 1 after 3pm against Knowles and Mertinak.

Speaking of social network freaks, watch Nole interrupt Justin Gimelstob on the air here. On the court Nole was all serious attitude as he blasted past fellow Serb Viktor Troicki 6-0 6-1.

Earlier tonight in the best night session combination you could put together, Rafa Nadal defeated Somdev Devvarman 7-5 6-4. Lakers star Pau Gasol was in the audience court-side watching his buddy Rafa take care of business. Here’s the screenshot from the ATP’s home page.

Maybe Gasol can try recruiting Ivo Karlovic to the Lakers as @DjokerNole joked?

Finally, I would like to wrap up this today with an excellent Federer video put together by my partner on YouTube, 1893stuttgartschwabe. Check out his YouTube channel. The title of the video is “Roger Federer – Written in the Stars (HD).” Enjoy.