Quickly before getting to an action packed Friday at Indian Wells, I would like to direct everyone’s attention toward the efforts being pushed hard here on my site for helping the earthquake and tsunami victims in Japan.

Click here to read the details about how you can help. To simply make a donation securely to the American Red Cross, click the image below. Thank you.

Now onto the tennis. Today’s action included a double dosage of Federer and a Federer-Nadal match-up, in doubles. 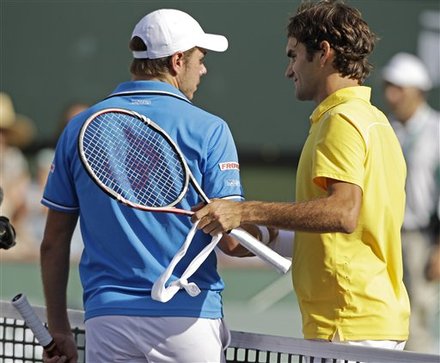 An all Swiss quarterfinal was decided in just over an hour as Roger won in straight sets, 6-3 6-4, winning 90% of points on his first serve. He will face Novak Djokovic in the semifinals as Nole routed Richard Gasquet 6-2 6-4. The two are playing for the world #2 ranking.

Moving to the doubles, as @stanwawrinka tweeted just a while ago, it was high quality doubles tonight. Federer and Wawrinka did it again! This time they played just amazing tennis as they defeated Rafa Nadal and partner Marc Lopez 7-5 6-3. The 2008 Gold Medalists will face off against Dolgopolov and Malisse in the final tomorrow (not before 4:00pm). 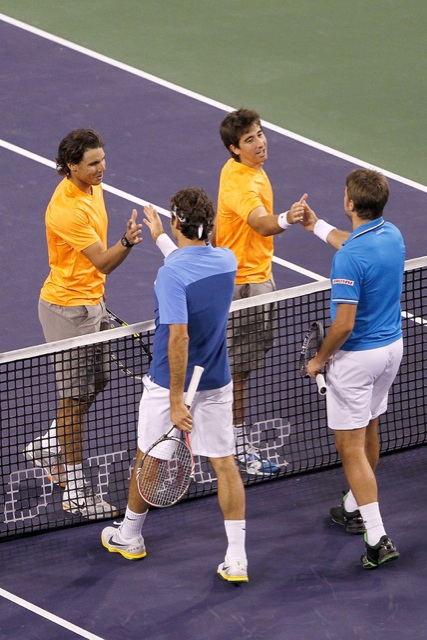 Watch some of the highlights late in the match here:

Saturday at Indian Wells will feature Rafa taking on del Potro in the first semifinal, followed by Federer and Djokovic in the second semifinal. Click here for the full schedule including order of play and be sure to check out the latest photos in the 2011 Indian Wells album at FF07 on Facebook.

Thats all I’ve got for today but I have many more photos and videos to upload from my weekend at Indian Wells and will have those up soon for all of you to check out. Also my next Federer Project (video) will be a tribute to seeing Roger at Indian Wells. All of this is coming soon. Thank you for visiting FF07.