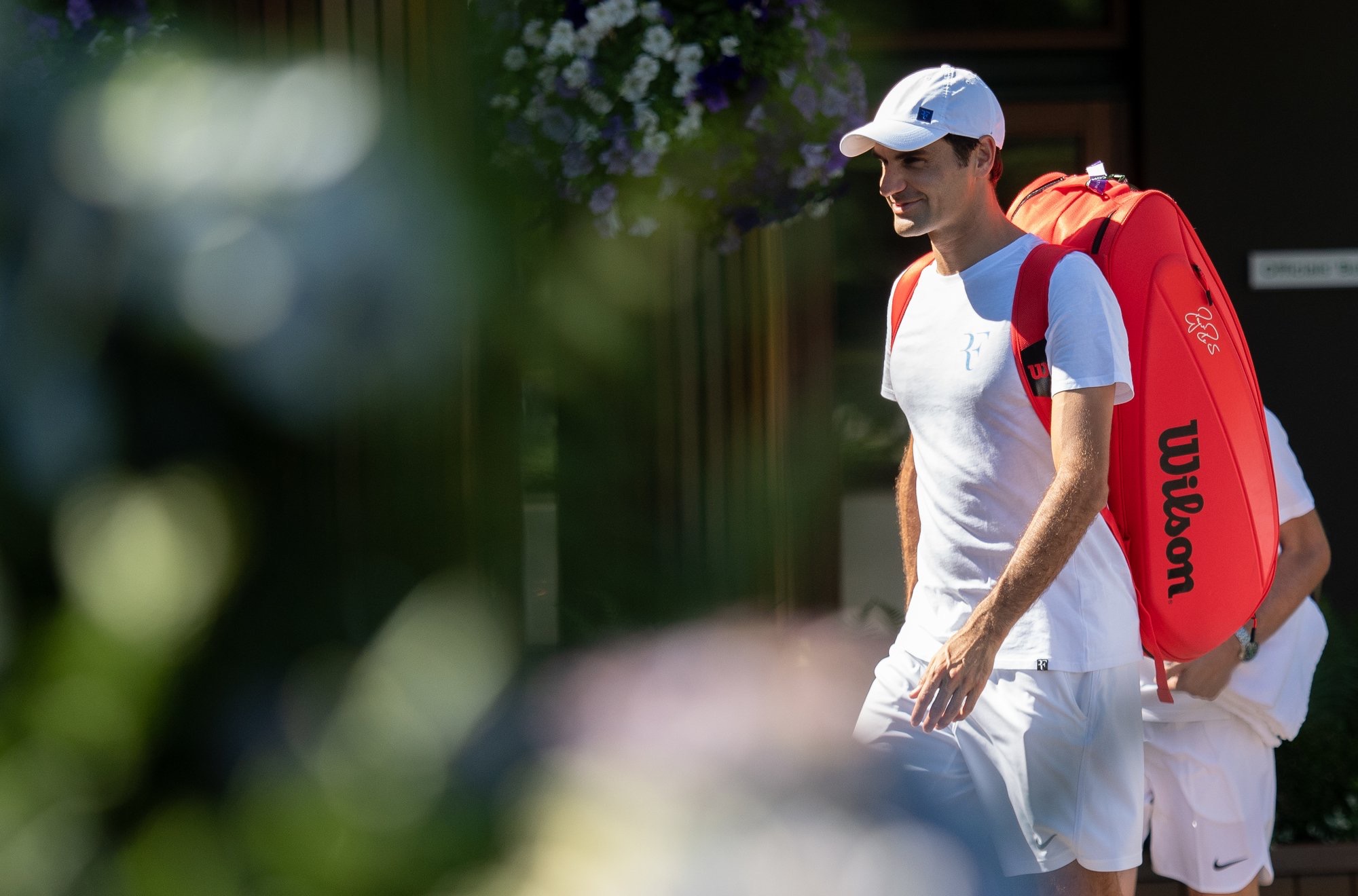 2018 Wimbledon Draw – The draw ceremony for the Championships, Wimbledon, was held Friday morning at the All England and Lawn Tennis and Croquet Club (AELTC), where Roger Federer is the top seed. The 8-time Wimbledon champion will be seeking a record extending ninth title (21st grand slam overall) over the fortnight, and will be the first to take Centre Court as the tradition is for defending champions. The Swiss maestro will face Dusan Lajovic of Serbia in the first round on Monday, July 2. Leading into the following rounds, the 36-year-old Swiss is projected to face Lukas Lacko of Slovakia in the second round, and thirty-second Leonardo Mayer of Argentina in the third round. In a possible rematch of their recent Gerry Weber Open final, the 20-time grand slam champion may face sixteenth seed Borna Coric in the fourth round.

Heading to the later rounds, Federer is projected to face eighth seed Kevin Anderson of South Africa in the quarterfinals, and in a rematch of last year’s Wimbledon final, third seed Marin Cilic, in the semifinals. Sixth seed Grigor Dimitrov is also a potential semifinal match-up by seeding should Cilic not reach the final four. Leading the bottom half of the draw and potential opponents in the final are second seed Rafael Nadal, fourth seed Alexander Zverev, fifth seed Juan Martin Del Potro, and seventh seed Dominic Thiem. 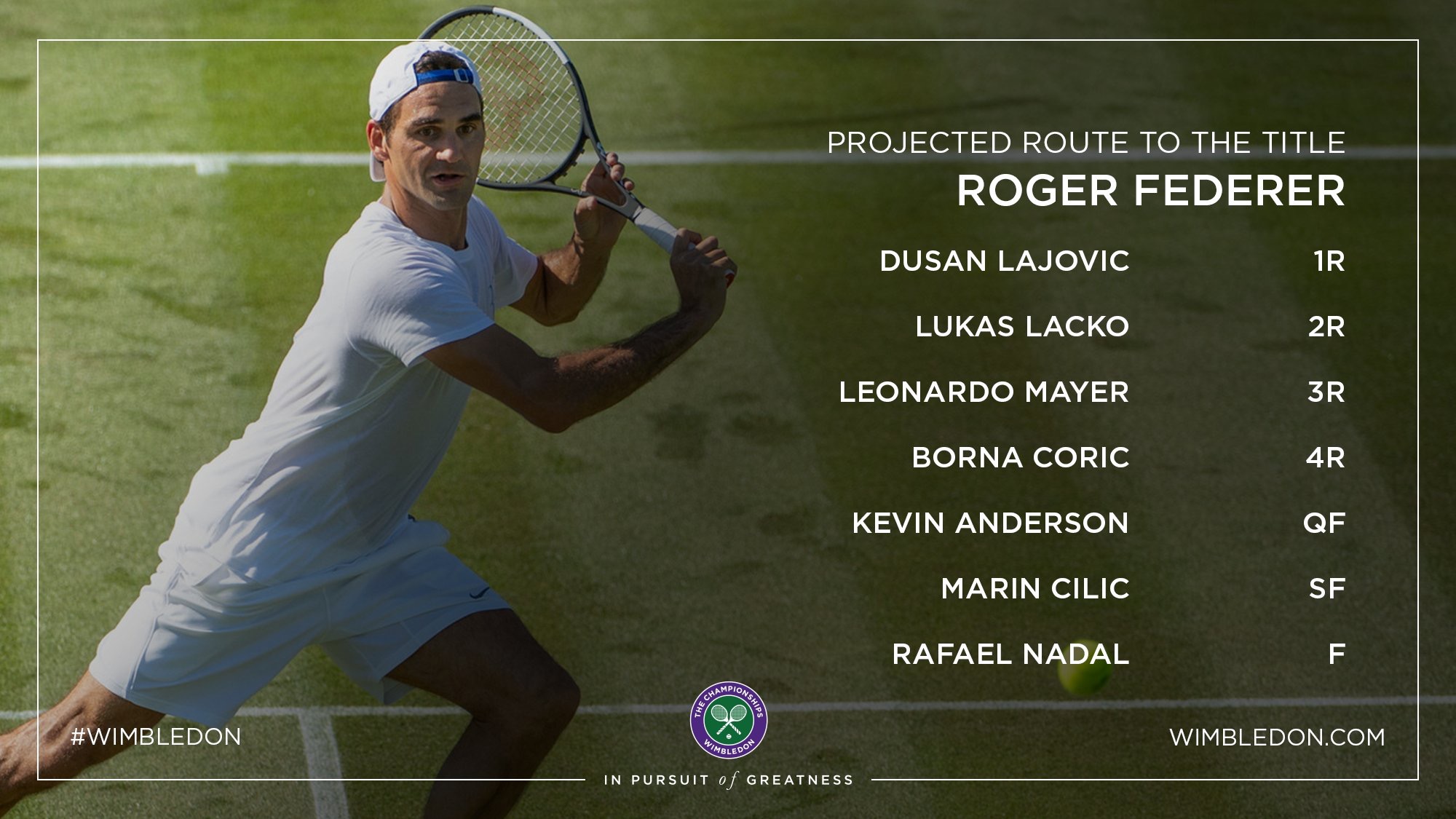 2018 marks the 10-year anniversary of the epic 2008 Wimbledon final contested by Roger Federer and Rafael Nadal. In a lead up to this year’s Wimbledon, Tennis Channel will feature ‘Strokes of Genius,’ a documentary diving into the Federer-Nadal rivalry. The documentary will air on Sunday, July 1, 8:00 p.m. ET/5:00 p.m. PT, on Tennis Channel. Main draw action for the season’s third grand slam begins Monday, July 2, with the women’s and men’s finals played on Saturday, July 14, and Sunday, July 15, respectively. View the full 2018 Wimbledon draw below. 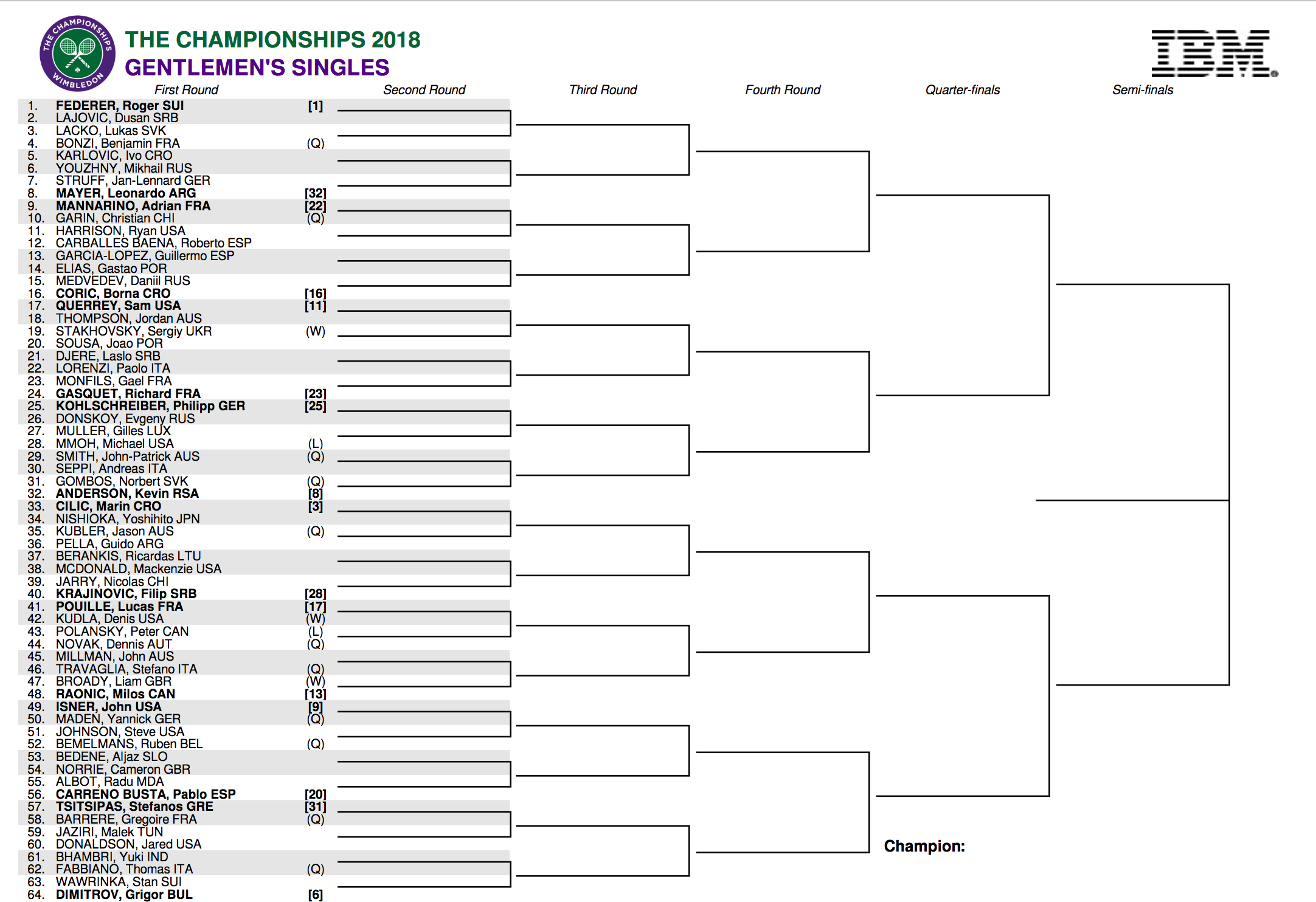 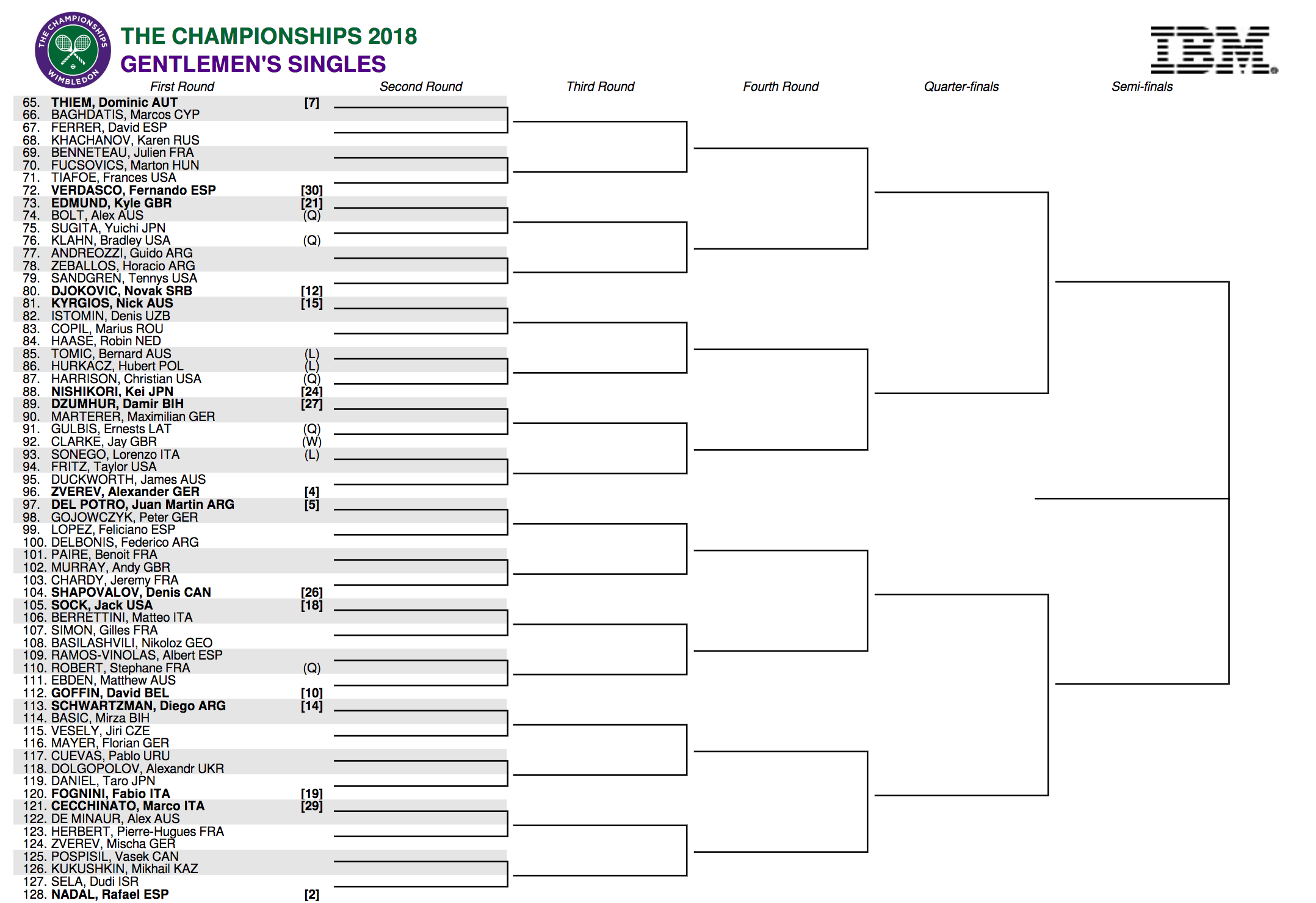