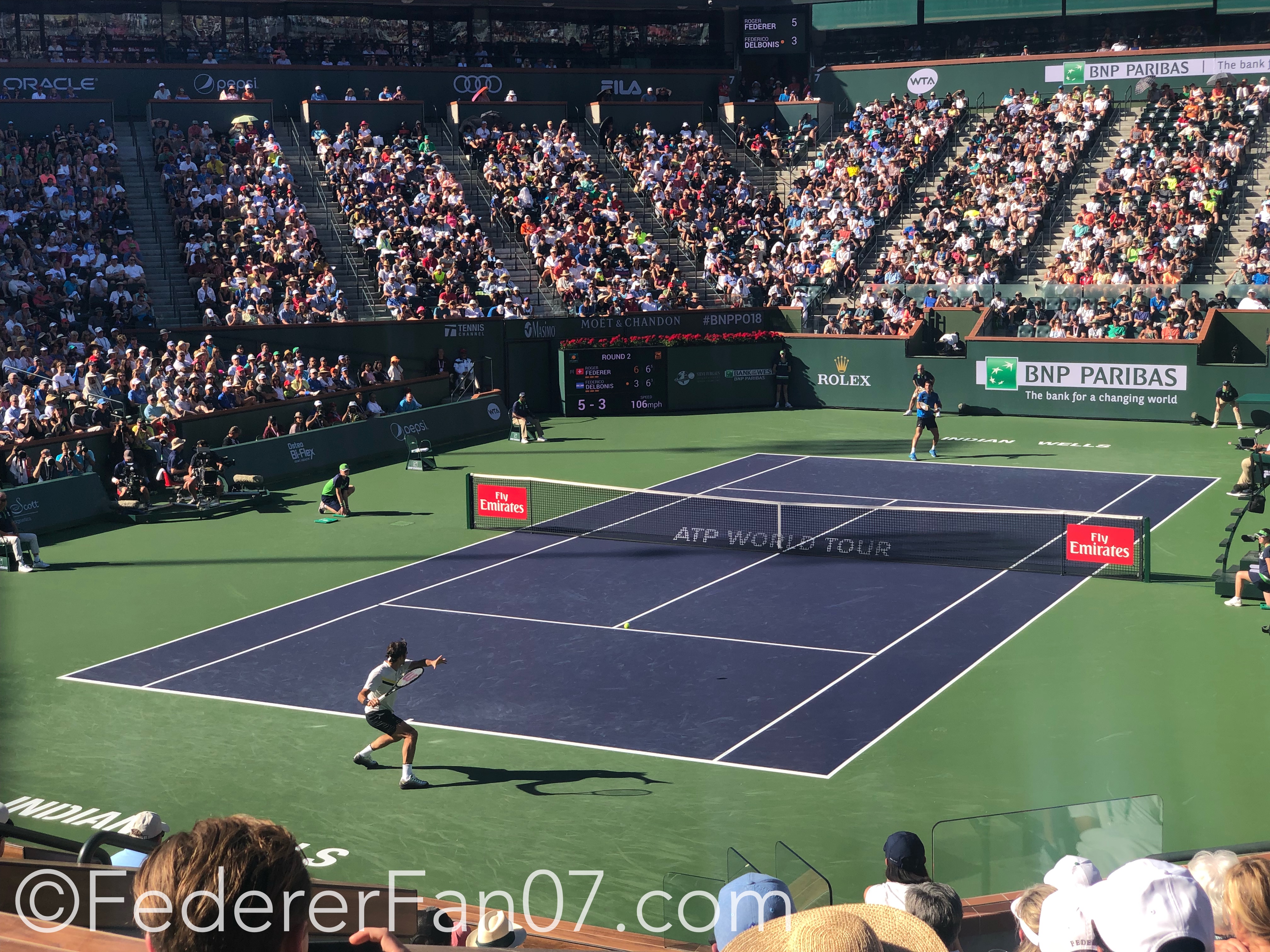 Federer Wins Rare Rain Delay in Indian Wells – World #1 and defending champion Roger Federer needed two days to win his opening match at the 2018 BNP Paribas Open. Saturday night’s second round match was interrupted and then canceled due to a rare appearance from Mother Nature – rain. As the public announcer later said while the crowd was waiting as the players walked off court, it was the first time he has seen rain in Indian Wells in his thirteen years at the tournament. Rain flirted with stopping play at the start of the day session, and then again at the start of the night session, but play began after waiting 15-20 minutes. The weather was much cooler than usual in the Southern California desert, as the air was damp and heavy, creating slower conditions on court.

The Swiss maestro started off a bit slow but got going in the fourth game, breaking Delbonis and then gradually finding his game against his tricky lefty opponent. The 36-year-old Swiss managed to win the first set and held serve for 2-2 in the second set before steadier rain fell, eventually canceling the match within half hour after the players walked off court. 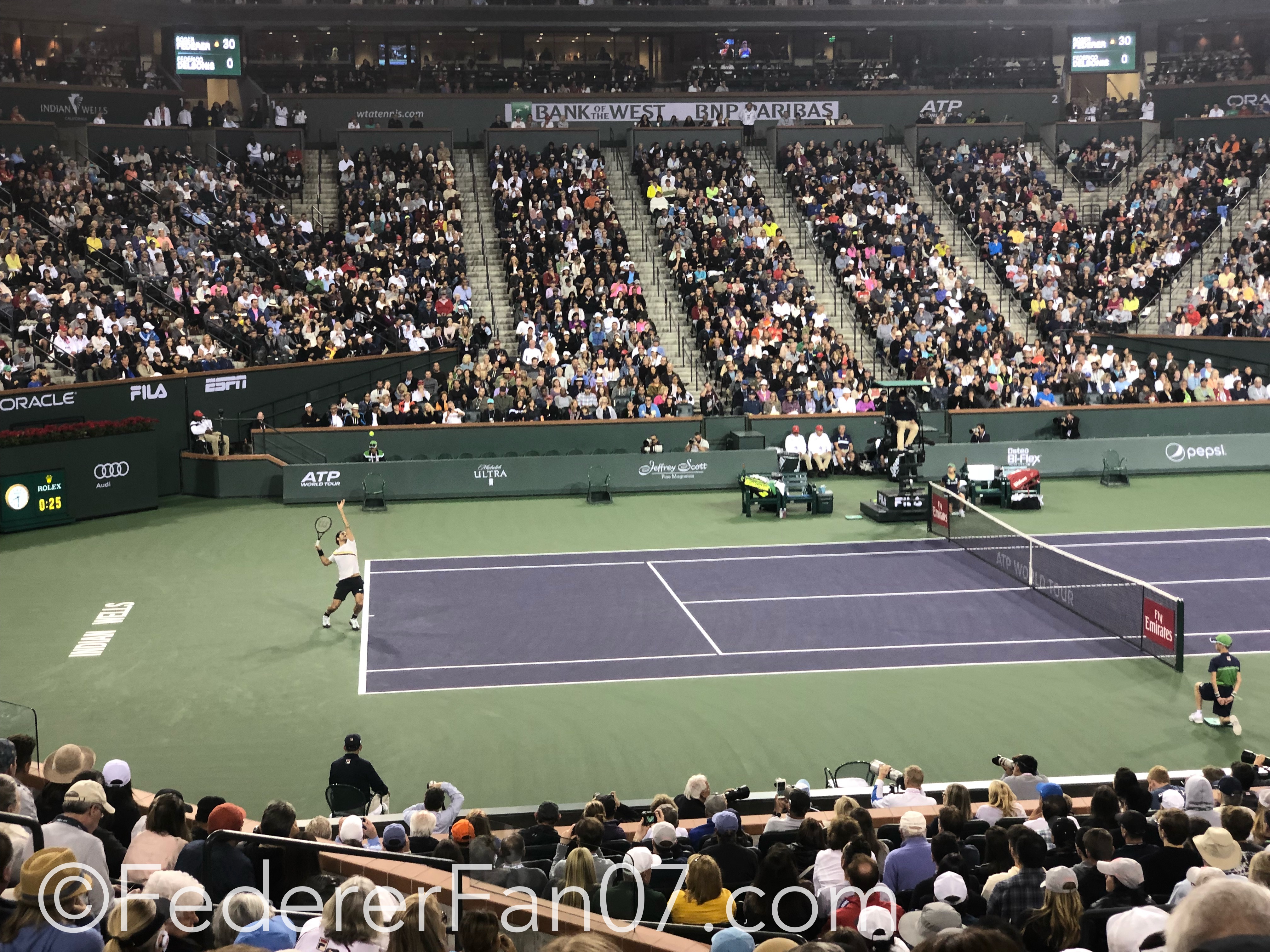 The match resumed in Sunday’s day session, with back to normal, crisp, warm conditions in radiant sunshine. Delbonis held serve for 3-2 in the second set, and play remained on serve into the tiebreak. Federer took a mini-break lead for 4-2 on the change of ends, but Delbonis managed to tie it at 6-6, before the 5-time BNP Paribas Open champion pushed through, 6-3 7-6 (6), into the third round.

“It is interesting, when you go from night to day and you know there is a difference,” said Federer. “So naturally it’s all a change. Here now you play the same guy the next day, so you can really compare how different conditions are. It was actually quite interesting.

“They play very different. In the nighttime, the ball is much more deader. The surface doesn’t react so much. The ball doesn’t travel so fast. Even though I served my five aces yesterday, I hit none today. So talking about faster, I just think there is more bounce to it, especially if you play someone who has a lot of spin like he has and kicks the ball around a lot. It’s been a long time since I have been interrupted at night and have to come back the next day.”

Federer moves to 13-0 in 2018 and will face Filip Krajinovic in the third round, playing second in the day session (not before 1pm PDT) on Monday. 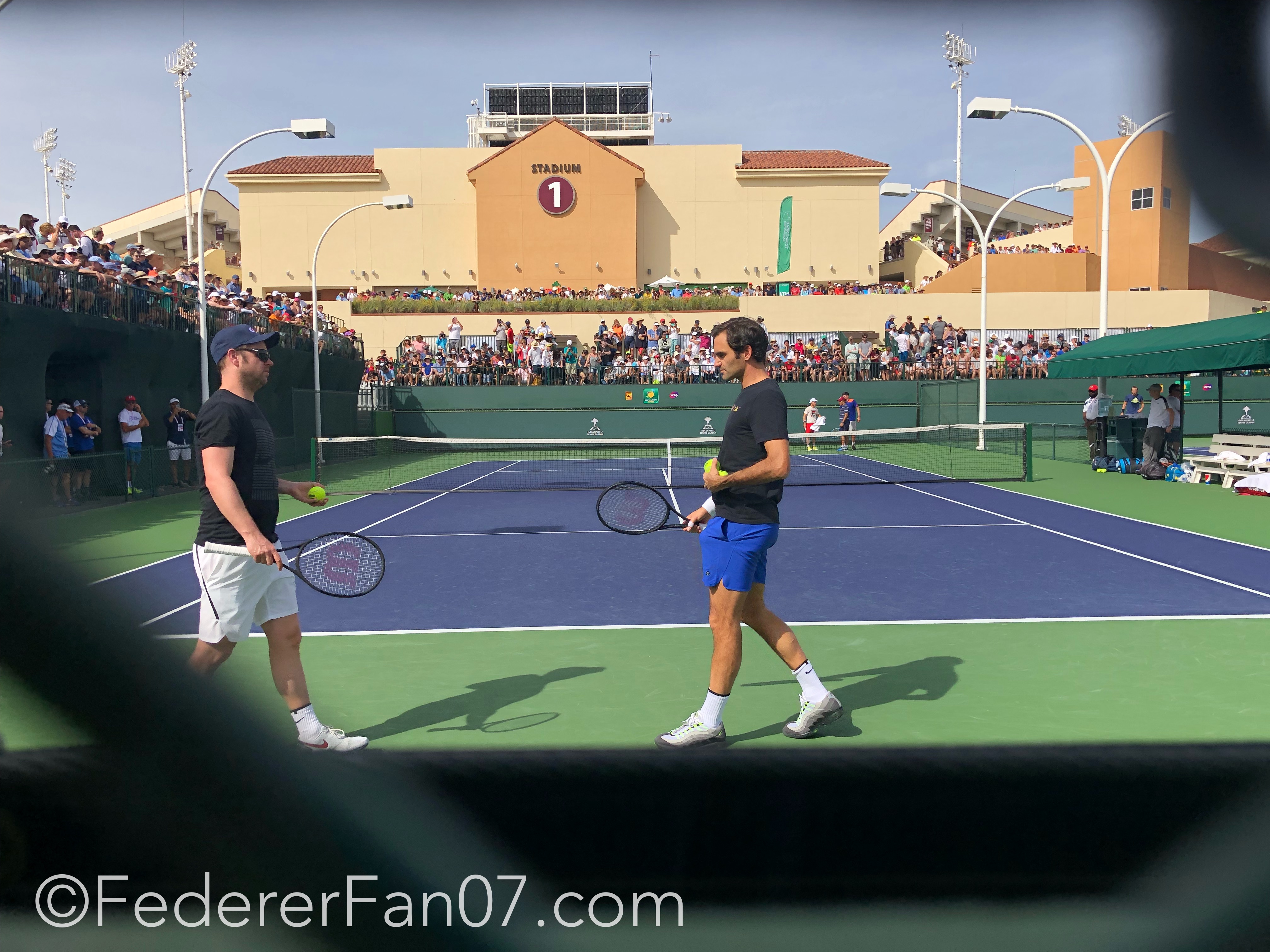