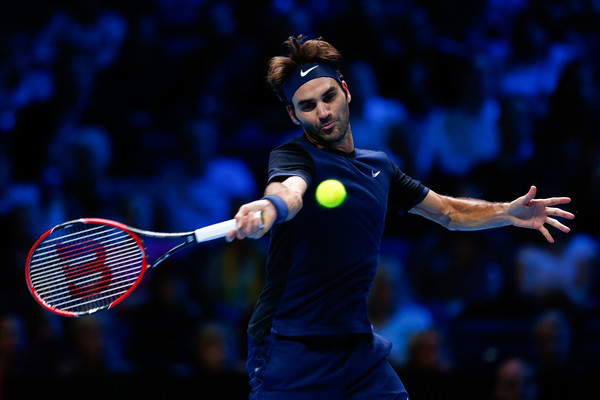 Roger Federer was already assured a spot in Saturday’s semifinals, but battled for 2 hours 10 minutes to overcome Kei Nishikori in three sets, 7-5 4-6 6-4. The hard fought win completed the Swiss maestro’s round robin play, finishing 3-0 to win Group Stan Smith. It is the ninth time the 34-year-old Swiss reaches the semifinal stage undefeated, and 13th time he has reached the semifinals in 14 appearances.

The 6-time World Tour Finals champion saved the first set from heading to a tiebreak with a scintillating backhand pass down the line after a quick ‘cat and mouse’ exchange with Nishikori at net. When the match appeared in hand with the break in the second set, the Swiss fell into an error-ridden phase. Nishikori reeled off four straight games to take the second set, keeping his hopes alive to qualify for the knock-out stages. Watch highlights and Federer Fan Surprise video below. 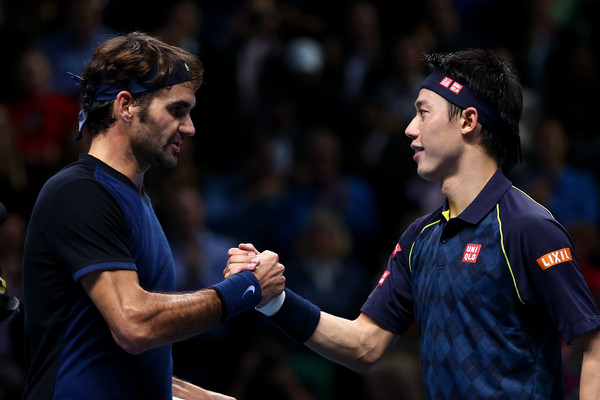 Thriving on break points, 6 of 6 in fact, Federer again surged ahead 4-1, only to be broken back, as Nishikori once again leveled the match at 4-all in the final set. However, the Swiss rediscovered his composure for a sixth and final break, clinching the match with an overhead. With Djokovic defeating Berdych 6-3 7-5 in Thursday’s final Group Stan Smith match, Saturday’s first semifinal is set. The Serb will take on Rafael Nadal, while Federer will face the winner of Friday’s match between Andy Murray and Stan Wawrinka.

“I enjoyed the match,” said Federer. “It wasn’t easy, but somehow I got it done. I look forward to playing him hopefully more often in the future.” “It’s amazing what (Kei’s) able to produce on the court,” said Federer. “Today, was another showcase of that, how he’s able to return second serves, staying on top of the baseline, drilling forehands and backhands up the line. It was impressive.”