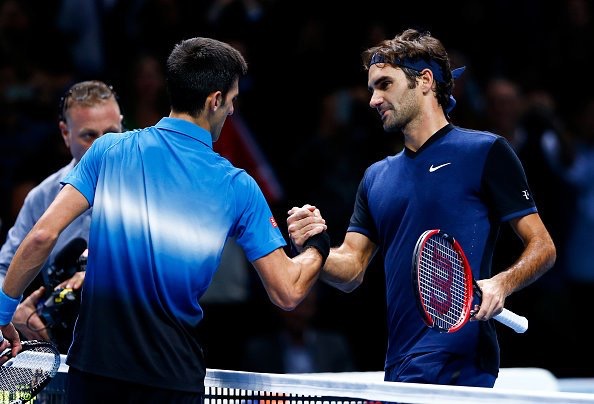 Anticipation peaked Tuesday at the 2015 ATP World Tour Finals, as Roger Federer took on Novak Djokovic in front of a sold out crowd at the O2 Arena. The Swiss maestro notched his game up a gear, proving too much for the world #1. For the third time this season, he defeated Djokovic in straight sets, 7-5 6-2, in 1 hour 17 minutes. Both players came out at the top of their games, with the 34-year-old Swiss spreading the ball around the court using various speeds and spins, while the defensive strategy of Djokovic was at play. After facing break point in the opening game, Federer found rhythm in his service games, and seized his opportunity at 5-4 in the first set.

Following back to back aggressive forehands up the line (inside-in) and then down the line, the 6-time ATP World Tour Finals champion played a delicate backhand volley for a winner, lifting the O2 Arena to their feet in a frenzy. Shaking the 10-time grand slam champion into a mental funk, Federer capitalized to take the early break in the second set. 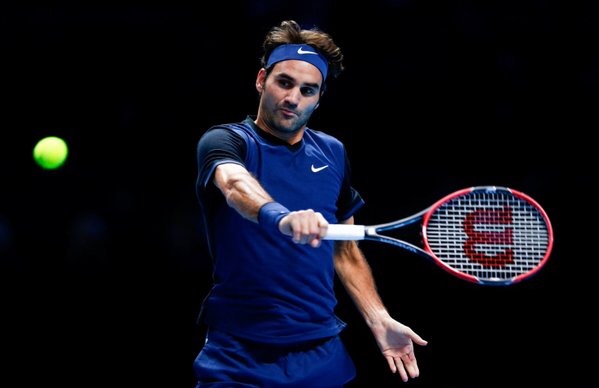 However, Djokovic would break right back, and suddenly the match felt even, despite heavy momentum from the Swiss. Minutes later, a backhand down the line clipping the net caught the Serbian in ‘no-man’s land,’ and with a second break in the set, Federer pounced to a 5-2 lead. Resilient to the finish, the 17-time grand slam champion mixed his shot selection and placement, forcing Djokovic to make uncomfortable shots. After the Serb’s forehand sailed wide, Federer sealed his 50th win at the ATP World Tour Finals, and his place in the semifinals. He now leads 22-21 in their fierce rivalry.

“Winning the first set clearly in a match like this gives you the upper hand,” said Federer, at 34 the oldest player to qualify for the year-end finale since Andre Agassi (35) in 2005. “It was important to strike again as quick as possible in the second set, and I did.”

“I didn’t think I mixed it up that crazy, to be honest,” Federer asserted. “I didn’t play any insane tactics. It was pretty straightforward, in a way I’ve played him many times in the past. My game is to mix it up, change up the spins. His game is to press you away. I think we both played our regular game, and it was a good outcome for me tonight.”