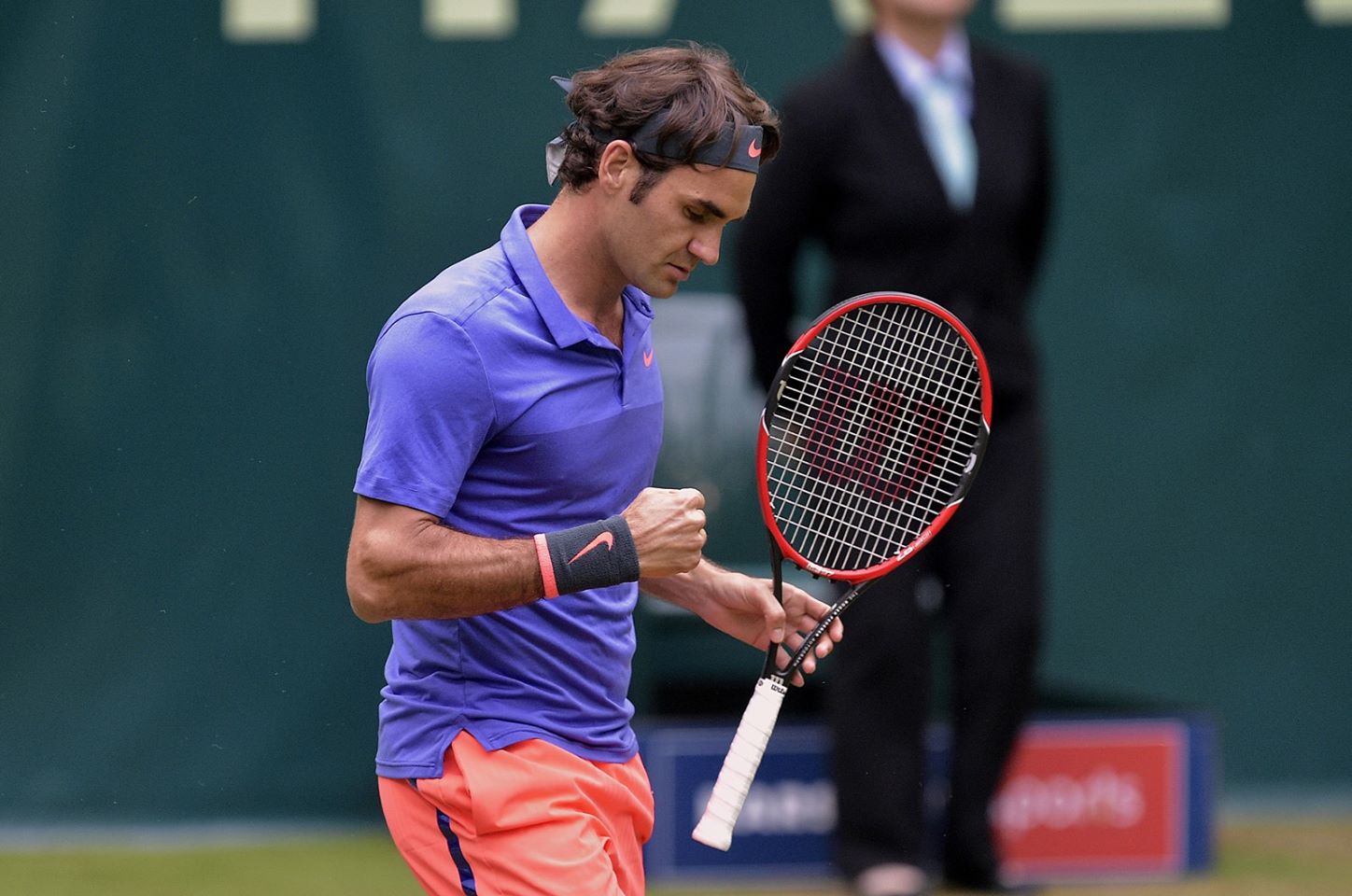 Roger Federer blazed out to a fast start Friday afternoon at the Gerry Weber Open, before comfortably advancing past Florian Mayer under a closed roof and sold out crowd in Halle, Germany. The Swiss maestro rolled to a first set bagel, 6-0, before Mayer got on the board and held serve without much trouble.

The 7-time champion didn’t face much resistance either, pushing the second set into a tiebreak before accelerating to the finish line. Federer flicked a casual backhand return down the line for a winner to cap a 6-0 7-6 (1) win over Mayer, and will face Ivo Karlovic in Saturday’s semifinal. The 6 foot 10 Croatian fired a record 45 aces in his three set upset over Tomas Berdych.

Federer hit nine aces to three double faults, winning 86% of points on his first serve and 50% of points on second serves. The 33-year-old Swiss was aggressive throughout, hitting 33 winners and winning 20 of 22 points at net. He was 3 of 7 on break point opportunities.