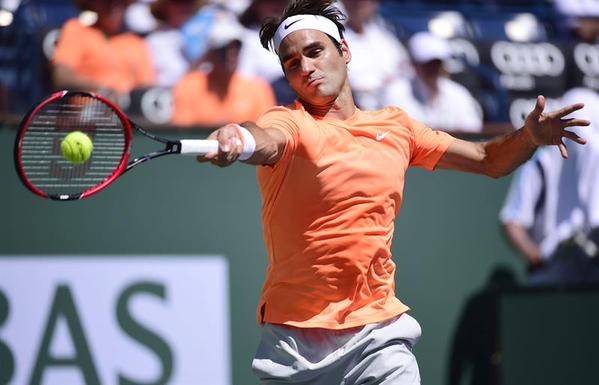 Roger Federer was sharp from the onset as he took on Tomas Berdych midday Friday at the BNP Paribas Open. The quarterfinal showdown saw a masterful display from the Swiss maestro, who broke for 4-3 in the first set and never looked back. The 4-time champion in Indian Wells disrupted the Czech’s rhythm with a pattern of hitting behind him, and closing at the net when needed.

The strategy proved successful, as Federer cruised after serving out the first set, breaking immediately, and pulling off a stunning play on the first point of the third game. Behind 65% of his first serves in play, the 33-year-old Swiss won 88% of points on his first serve, hitting 21 winners to 11 unforced errors. 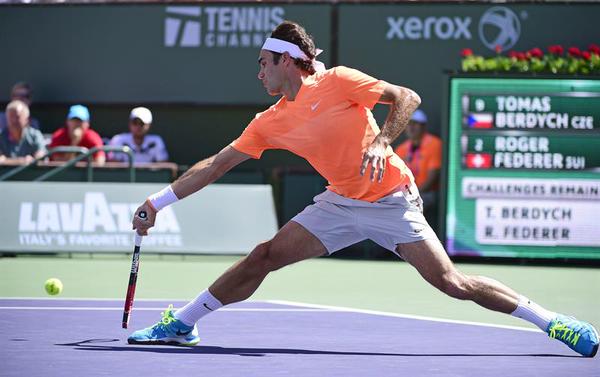 Federer wrapped up the match with a second set bagel, 6-4 6-0, in 1 hour 8 minutes. Afterward, he reflected on the match (highlights and interview video below).

“I think I really played well off the baseline,” said Federer. “Because I was serving well and moving well, so maybe there is not going to be that many chances for him on the return as it is. But at least he could have stayed with me longer, and as the match goes on maybe he would have also found his groove better….But for me, I found it quickly. I felt like I was hitting the ball well but also playing the right way. When those two things happen, it was always going to be tough for him.”