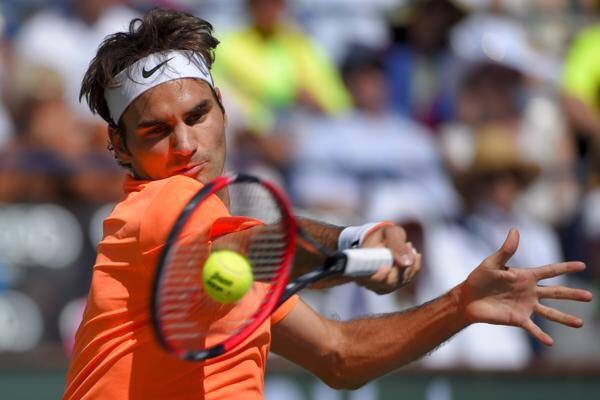 Roger Federer marched on at the 2015 BNP Paribas Open in front of a sold out crowd Saturday afternoon. The 33-year-old Swiss held off young Canadian Milos Raonic to advance to his record sixth final in Indian Wells, and 40th Masters 1000 final overall.

Fending off powerful serves reaching 140mph, Federer managed to break at 5-all in the first set. Wasting no time, he quickly served out the set, and broke Raonic once more to open the second set. That was all he needed to maintain his lead. Supported by his strong serving, the 4-time BNP Paribas Open champion was untroubled, despite nine aces from the Canadian. 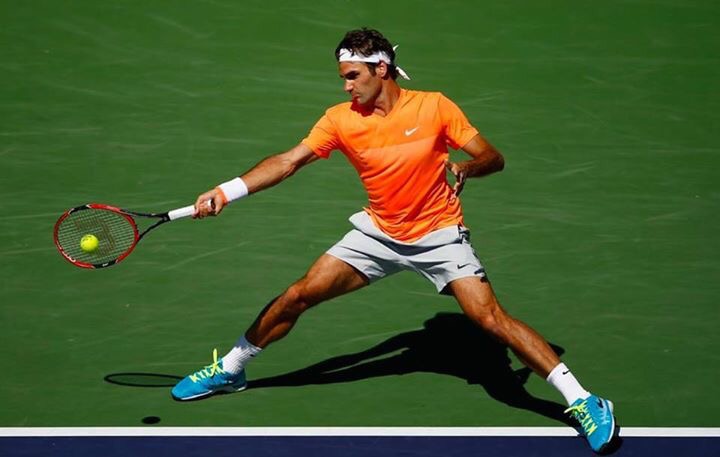 Federer served out the match and finished at net, a place now familiar and comfortable for the Swiss. After 1 hour 26 minutes, he defeated Raonic 7-5 6-4, and will face Novak Djokovic in Sunday’s final. Their 38th meeting will mark the first time in BNP Paribas Open history that the same two finalists will contest for the title in back-to-back years.

Afterward, the Swiss maestro reflected on the match. “I’m very happy [with] how well I’m playing,” said Federer. “[I] feel good physically. I feel refreshed after the holiday. I’m serving well, which is always crucial.”

Federer is on a 19-set winning streak, dating back to his first match at the Dubai Duty Free Tennis Championships. Djokovic edged the Swiss in last year’s final, 3-6 6-3 7-6 (3), but Federer has won their last two meetings, in the semifinals of the Shanghai Rolex Masters and most recently in the Dubai final.