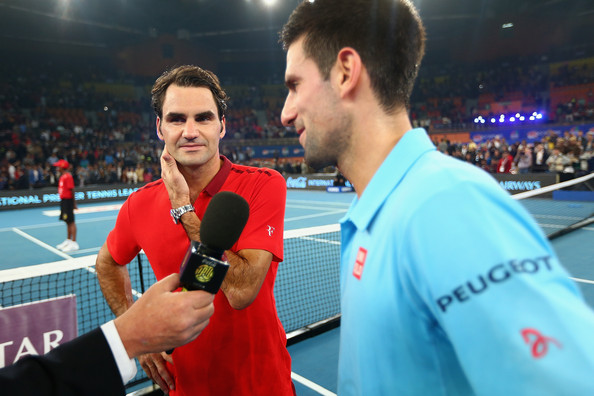 Roger Federer and Novak Djokovic thrilled the packed crowd in New Delhi for the final part of IPTL in India on Monday. The crowd was in a frenzy all night, as the Indian Aces and UAE Royals put on an entertaining show, with some serious play as well. Federer topped Djokovic in the final set, but the Royals won the overall match against the Aces 29-22, by the unique format of IPTL. However most of the attention was centered on Roger Federer and Gael Monfils in the doubles, followed by the high quality shotmaking by Federer and Djokovic. 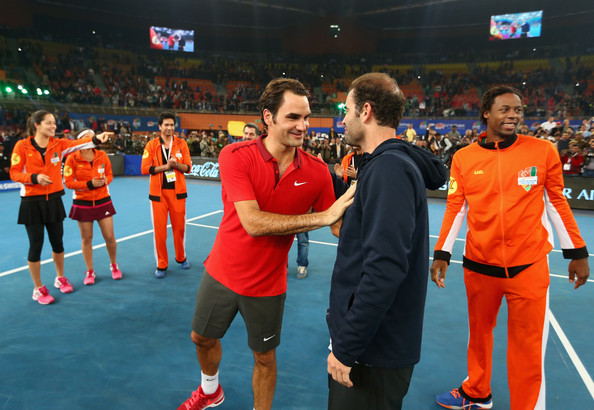 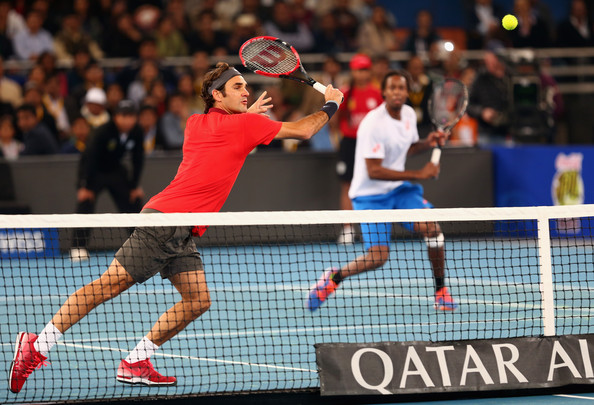 Monfils dazzled, jumping high on a memorable overhead smash, and then shoulder bumping with the Swiss maestro. The crowd loved every bit of it. With Federer and Monfils prevailing in doubles 6-5 over Djokovic and Zimonjic, the final chapter was a fitting one. Federer and Djokovic played into the shoot-out (timed tiebreaker at 5-all), where the point of the match, day, and one of the best shots of the year rocked Indira Gandhi Stadium.

Federer served and volleyed on his second serve, lunging to play a backhand volley off Djokovic’s return, and then saw the Serb play a well placed lob. With his back facing the court, the Swiss pulled off a sky-hook overhead smash for a winner, and everybody was on their feet, exploding in excitement. Federer went on to defeat Djokovic, before another game was to be played to determine the overall team result.