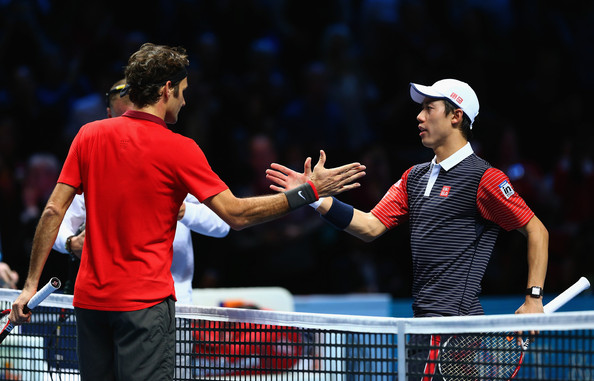 Roger Federer took one step closer to qualifying for Saturday’s semifinals at the season ending Final Showdown, as he defeated Kei Nishikori in straight sets in front of a filled O2 Arena in London. The 6-time Barclays ATP World Tour Finals champion would face a much different opponent than in his first round robin against big serving Milos Raonic, engaging in longer rallies and plenty of movements. The 33-year-old Swiss was dialed in from early on, breaking Nishikori and going on to hold serve in taking the first set. 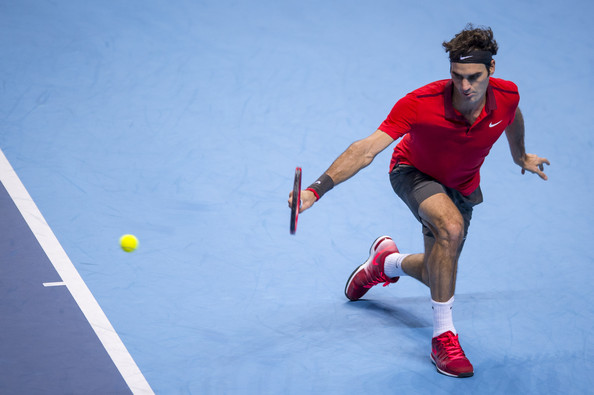 The second set brought much of the same. Federer cruised, finding his spots off both wings and displayed solid play at net as well. The 6-3 6-2 victory all but ensures his place in the semifinals. The Swiss will qualify with a win against Andy Murray Thursday night in London. The slim chance of finishing the year as world #1 is still alive mathematically, should he complete the round robin stage 3-0 and win both the ATP World Tour Finals, two live singles matches in the Davis Cup Final against France, and additionally, Switzerland must win the tie. The final piece however, is Djokovic can win no more than two of his round robin matches. While the odds are on Djokovic’s terms, Federer will seek to close out 2014 strong.