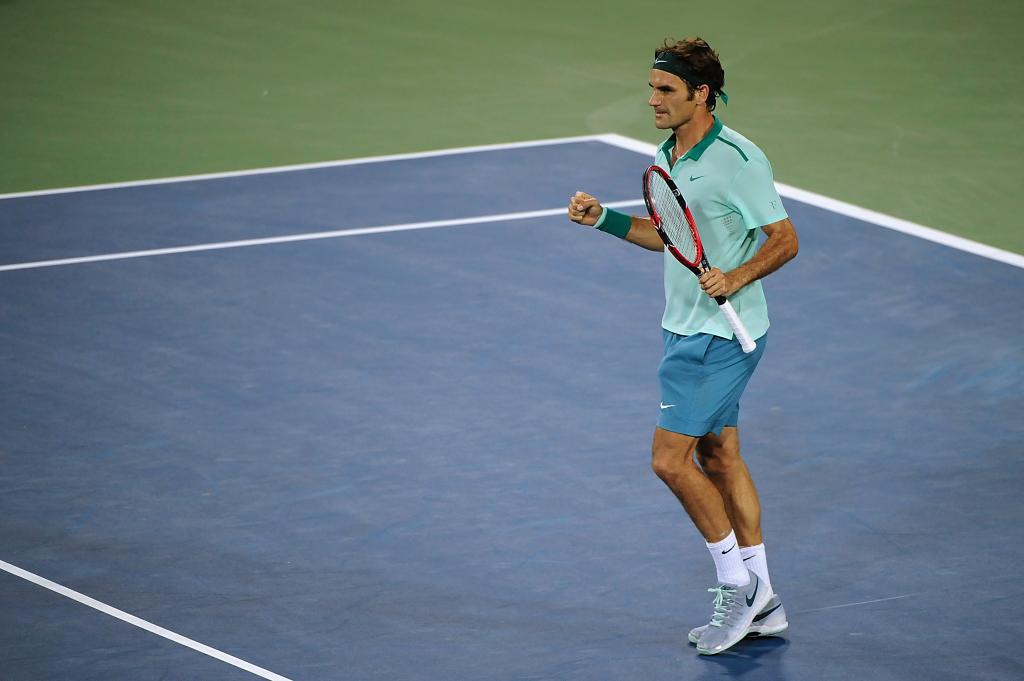 Federer Holds Off Monfils in Cincinnati

Roger Federer needed three sets again in Cincinnati, as he held off Frenchman Gael Monfils Thursday night at the Western & Southern Open. After a lazy start, broken in the first game, the Swiss maestro quickly broke back, and despite missing some easy plays, took the first set 6-4. As was the case the day before against Pospisil, Federer allowed his opponent to break late in the second set, at a time where the match appeared headed toward a straight sets victory.

La Monf served out and evened the match, however again it was Federer who stepped up his game. In a crucial seventh game, the 33-year-old Swiss was irked by the umpire’s hesitancy to tell how close a line call was. Upon challenge, Federer’s shot was in, and immediately after, was some flashy air-time on an overhead. The sold out crowd was louder than ever. Possibly unraveling Monfils a bit, Federer held and broke in the next game, thereafter serving out the match, 6-4 4-6 6-3, setting up a quarterfinal clash against Andy Murray (Friday, August 15, 7pm EDT/4pm PDT).

Federer Holds Off Monfils in Cincinnati