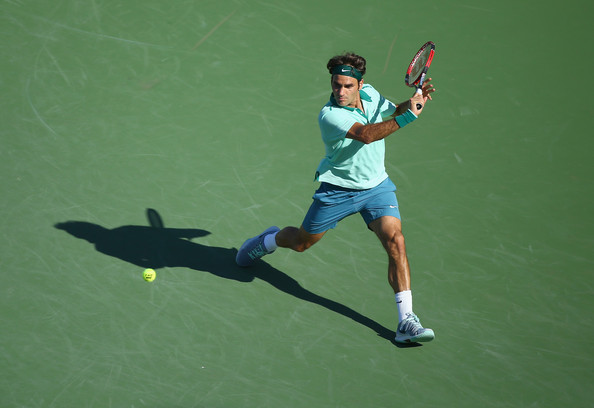 Although he struggled for much of the first two sets, Roger Federer kicked his game into higher gear in time to cruise through the final set, needing two hours to defeat young talent Vasek Pospisil at the Cincinnati masters. The 5-time champion missed several routine plays in the first set, but behind strong serving, was able to take the set in a tiebreak.

Pospisil evened the match by breaking late in the second set, but was unable to continue his momentum in the third, as Federer won 75% of points on his first serve and 81% of points on his second serve. Facing two break points and saving one, the Swiss maestro protected his service games well for most of the match, getting two breaks in the final set to advance. With a 7-6 (4) 5-7 6-2 victory over Pospisil, Federer is the first player in history to achieve 300 wins at the ATP Masters 1000 level. He will face Gael Monfils next in the third round Wednesday night (7pm EDT/4pm PDT).