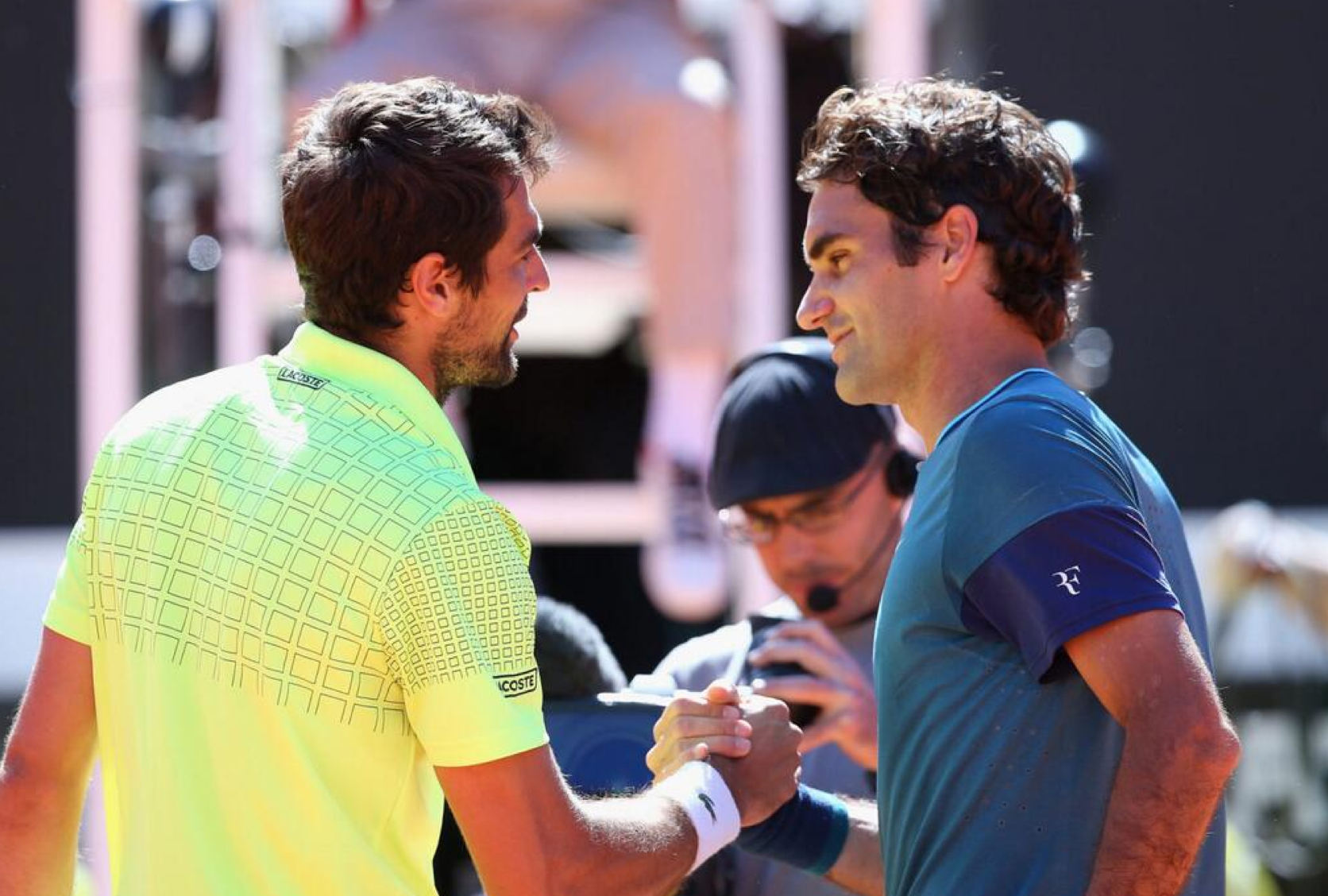 Returning to the tour a week after his wife gave birth to twin boys Leo and Lenny, Roger Federer was edged out in a third set tiebreak by Frenchman Jeremy Chardy. Conditions were breezy, with mini sand storms swirling at times. Although the Swiss maestro got off to a casually quick start, he would be locked into a close match, even needing to come back from a break down in the third set just to keep even.

Federer reached match point at 6-5 in the tiebreaker, until Chardy came up with a last second forehand pass, one for the highlight reel. The Frenchman then pushed past perhaps just a bit of rust from Federer, 1-6 6-3 7-6 (6).

“Beating Roger, for sure, is the best win ever,” said Chardy. “For me, he’s the best player, he’s like a legend. Normally, you cannot have an idol when you play, but I really like the way he plays. So, for me, it’s really good to win today.”

“Today it was a difficult match. The conditions were really difficult, a lot of wind. I played a really bad first set, he played a really bad second set. After that, the third set was a good fight. I made an amazing shot on the match point and in the end I won. It was the perfect scenario to beat Roger.”

For Federer, he heads back home to his family, before heading to Paris for Roland Garros (begins May 25).