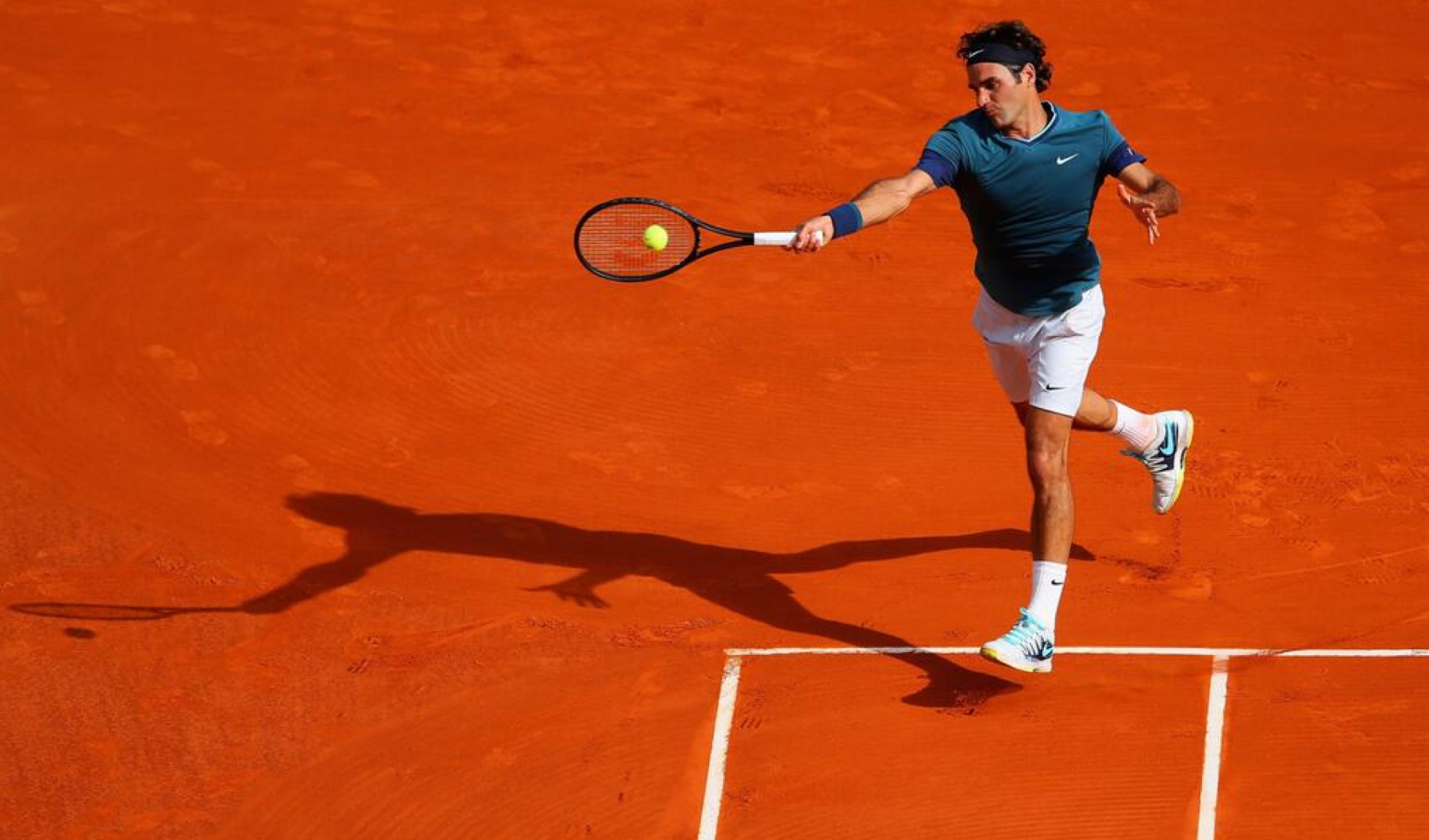 Roger Federer set up an all Swiss final at the Monte Carlo Rolex Masters with an impressive straight sets victory over Novak Djokovic. The closest rivalry in tennis had its latest chapter on clay, with the Swiss maestro edging out a 17-16 head-to-head lead against the Serb. The match remained on serve and even late into the first set, until it appeared as if the defending champion would get the upper hand.

Djokovic, who defeated Nadal in last year’s final, gained two set points on Federer’s serve, but the ensuing points would turn the match around for the 17-time grand slam champion. The Swiss played magnificent tennis, not hesitating the slightest as he saved both break points, and held for 5-all. He went on to break and serve out the set, halfway to an all-Swiss final at the Monte Carlo Country Club. His compatriot Stan Wawrinka defeated David Ferrer 6-1 7-6 (3) in the first semifinal.

The 32 year old Swiss would break for 2-1 in the second set, before Djokovic showed signs of growing injury, presumably his wrist or forearm by commentary observations. Not to let up however, the Swiss broke a second time, finishing 3/5 on break points, and served out the match 7-5 6-2, in 1 hour 14 minutes. Federer now leads their head-to-head match up 18-16, and 2-1 for the 2014 season.

With 3 aces and serving at 70%, the 3-time finalist in Monte Carlo was strong in his service games, winning 83% of points on his first serve and 13 of 14 at net. Afterward, he spoke to the press about his play thus far. “I’m very happy with the way I played,” Federer said. “I tried to stay aggressive, like I have all week.”

Federer faces Wawrinka for the Monte Carlo Rolex Masters title Sunday, with the winner assured the world #3 ranking. It marks the first all-Swiss final on the ATP World Tour since 2000, when Marc Rosset defeated Roger Federer in Marseille.