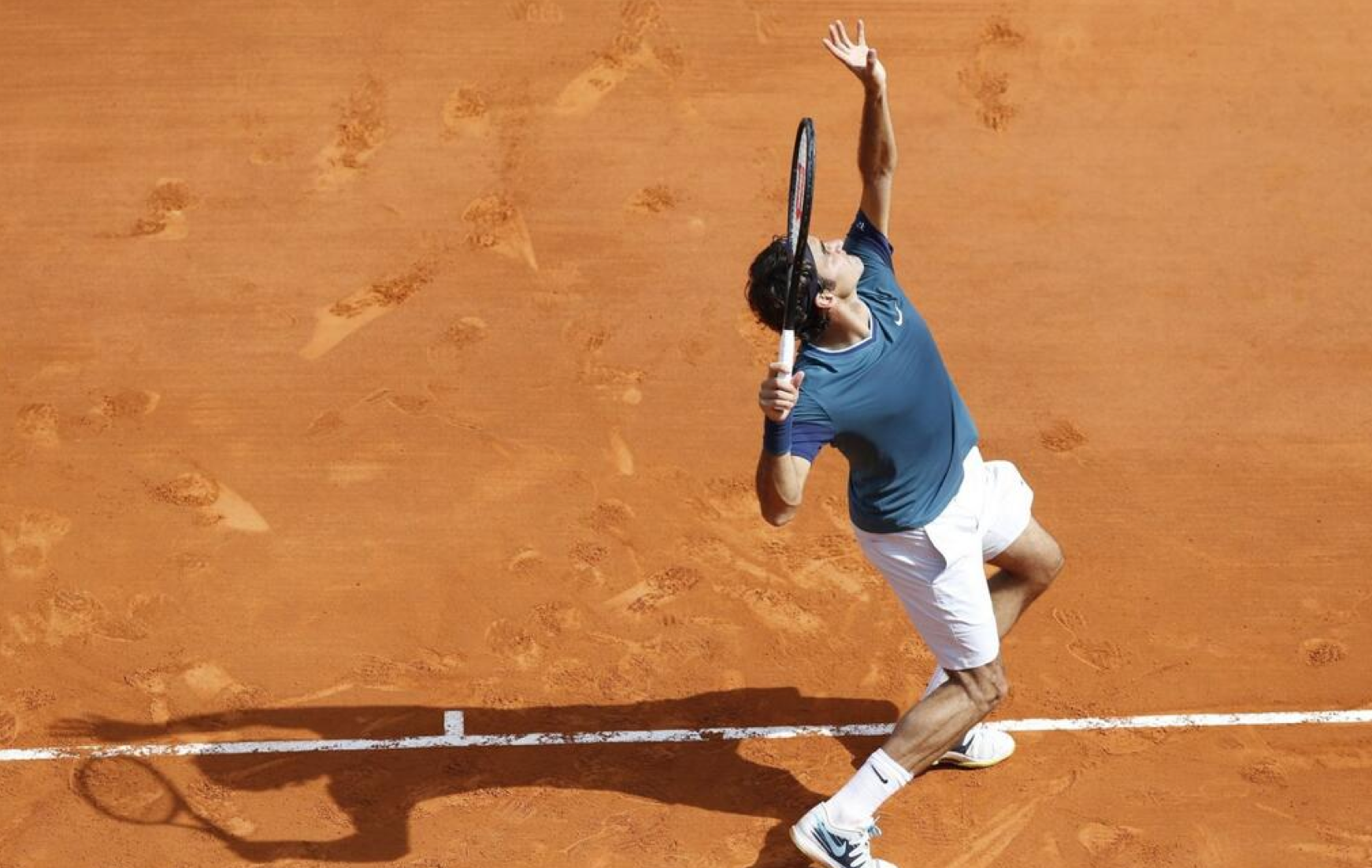 To say Roger Federer struggled on break points Friday was a mild understatement. The Swiss maestro went 2/19 on opportunities to break against Jo-Wilfried Tsonga at the Monte Carlo Country Club, letting the frustrations show, yet somehow managed to turn it around. The Frenchman raced out to a lead, breaking twice to take the opening set 6-2. Play remained on serve in the second set, while Federer squandered fifteen break points in total to that point.

Twice two points from defeat, the 17-time grand slam champion’s serve didn’t falter. At 5-6, love 30 in the second set, he won four straight points to force a tiebreaker, but not before letting three set points slip. Finally clinching the tiebreaker on his fourth set point, Federer turned the match around in his favor, as Tsonga’s game faded.

After a quick third set, Federer secured his spot in the Monte Carlo Rolex Masters semifinals with a 2-6 7-6 (7) 6-1 victory, in 2 hours 26 minutes. He will face Novak Djokovic in Saturday’s semifinals. Friday’s win marks the 950th win of Federer’s career.