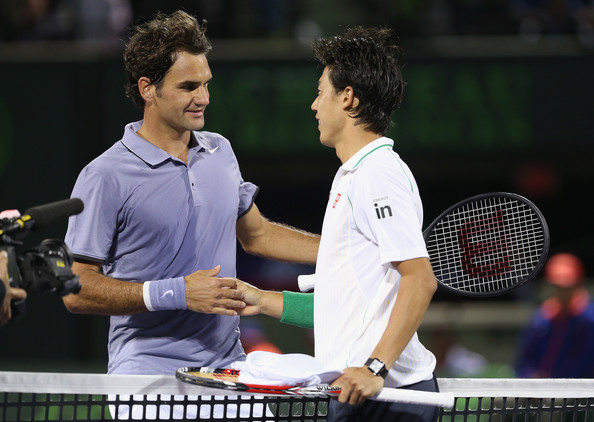 Roger Federer’s run at the 2014 Sony Open ended Wednesday night, in a match that slipped away to Kei Nishikori. Turning the tables from day matches so far, conditions were cool and a bit breezy as the match began past 9pm in Miami. Bizarre was the display of the Swiss maestro’s serve, which previously had only dropped 18 points through three matches. While he managed to take the opening set despite being broken once, his percentage remained under 40%, and it would result in Nishikori settling in comfortably, breaking Federer five times. The match turned late in the second set, with the Swiss letting up at 5-6.

Nishikori appeared stronger on serve in the third set, with Federer needing to save two break points early, showing signs of caving in. He would be broken in the final game, not before saving two match points, yet the 24 year old from Japan eventually prevailed, 3-6 7-5 6-4, in 2 hours 8 minutes.

Federer will travel back home to Switzerland before joining Stan Wawrinka for Davis Cup against Kazakhstan next weekend.