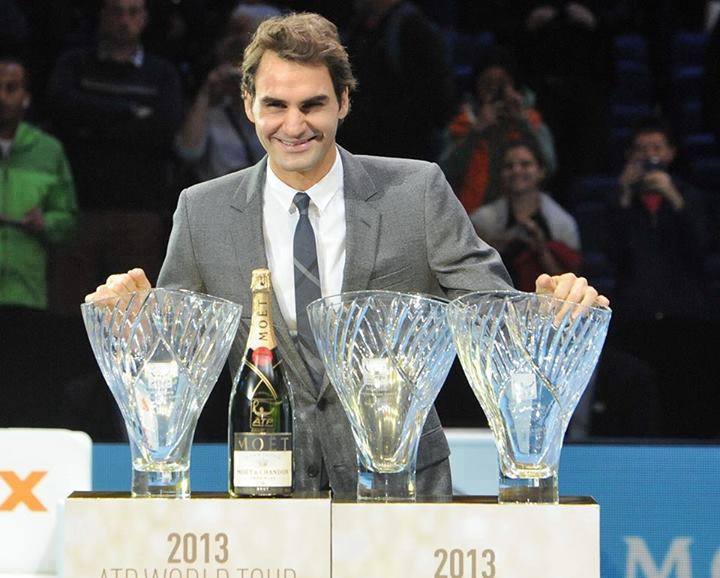 The 2013 ATP World Tour Awards were announced Monday, presented by Moet & Chandon. Roger Federer took the honors of three of those awards. The Swiss maestro won his 9th Stefan Edberg Sportsmanship Award as selected by his fellow peers. From fans worldwide, Federer was voted as the ATPWorldTour.com Fans’ Favorite for the 11th straight year. In addition, the 32 year old Swiss has been named the Arthur Ashe Humanitarian of the Year for a second time in recognition of his foundation’s support of children in Africa and Switzerland.

Since 2003, Federer has won a record total of 27 ATP World Tour Awards.

On receiving the Sportsmanship award, Federer said, “It is very special as Stefan Edberg was my hero growing up, when all I wanted to do was play on the ATP World Tour. So to follow in his footsteps is wonderful and I hope I can be a role model for players growing up.”

“It’s all a bit overwhelming to be honest,” admitted Federer, when he received the Fans’ Favourite award. “I have been around a long time, so I guess that helps. I appreciate all the fans turning up to stadiums around the world. You (the fans) keep me working hard. I am forever grateful.”

“It is something very personal on many levels,” said Federer. “I never thought that it would be possible as a young boy to establish a foundation. Arthur Ashe and Andre Agassi inspired me by their example.”

“It is 10 years since we established the foundation. We hope to touch one million lives by 2018. It is an honour to receive this award for a second time.” 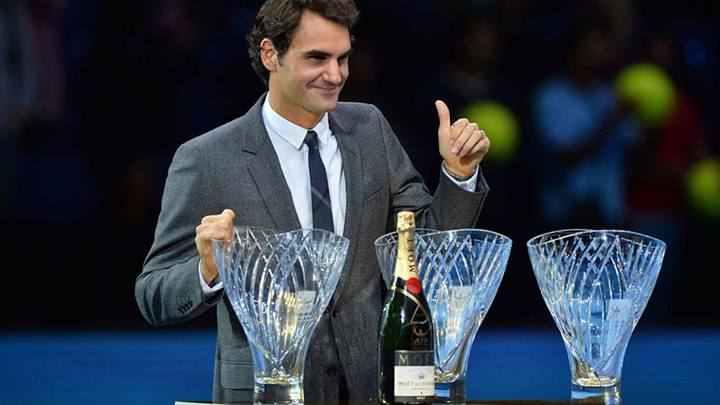