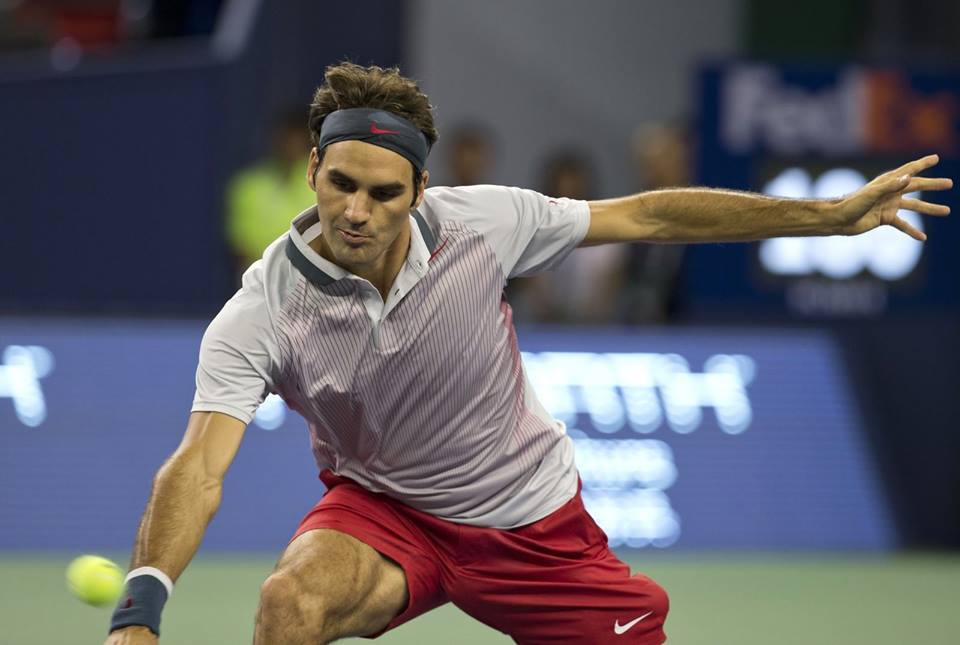 Roger Federer opened his campaign at the 2013 Shanghai Rolex masters with a straight sets victory over Andreas Seppi. The second round match played Wednesday evening was the first for the Swiss maestro in over a month. However there were little signs of rust. The 2006 and 2007 champion of the former Tennis Masters Cup (World Tour Finals), Federer looked comfortable throughout the match. He hit seven aces to two double faults, serving at 60%, winning 75% of points on his first serve. The Swiss maestro saved 4/5 break points faced, and converted 2/5 on his own end to wrap up the 6-3 6-4 victory in 1 hour 13 minutes. He will face Frenchman Gael Monfils in the third round on Thursday (second match after 2pm in Shanghai, 6am GMT/2am EDT/11pm PDT – October 9).