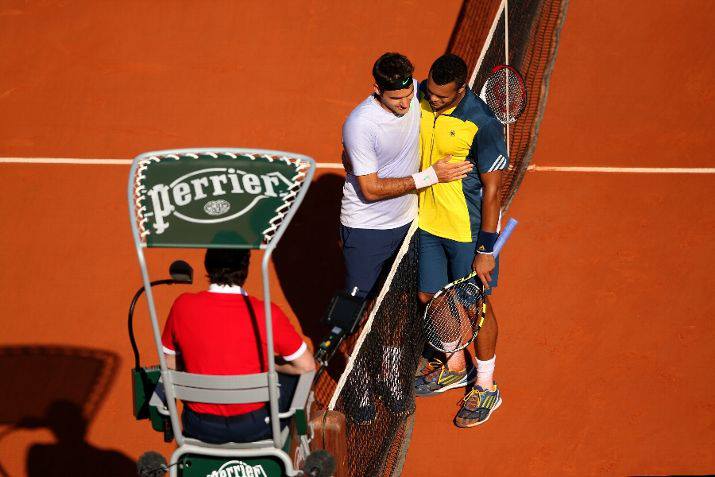 Roger Federer was unable to summon his game against Jo-Wilfried Tsonga Tuesday afternoon on court Philippe Chatrier, facing a third Frenchman in succession at the home grand slam, Roland Garros. The clash brought together power vs finesse, and it was Tsonga’s aggressive groundstrokes which proved to be too much for the Swiss this time. Ironically Federer took the first lead, breaking for 3-2 in the first set. However, he hit three consecutive errors while up 40-15. The Frenchman broke and held serve, putting the pressure back on his opponent. Federer would find himself in a love 40 hole facing set points, but was able to serve all three. Today was Tsonga’s day, powering through to break on his fourth chance, and widen the gap with a 3-0 lead in the second set.

As much as the Swiss attempted to fire himself up, perhaps the emotional energy was spent in the previous round, when he came back from two sets to one down to defeat Simon for a milestone victory. Tsonga took the nearly unsurmountable two set lead, and Federer was struggling to find his game. The Swiss even missed overheads, which is most rare. The Frenchman closed out the match, 7-5 6-3 6-3, and will face David Ferrer in the semifinals.

For Federer, the grass season awaits. He will assess with his team before moving forward for Halle and Wimbledon. 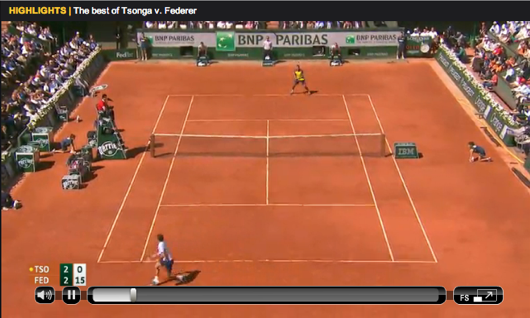