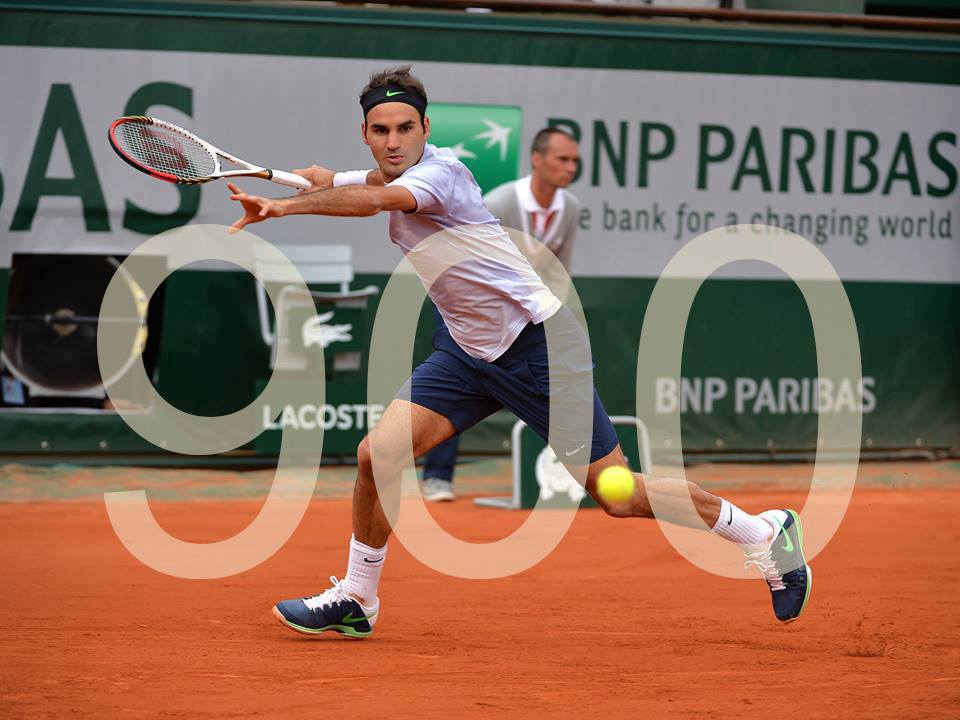 After rallying from two sets to one down to defeat Gilles Simon in the fourth round at Roland Garros, Roger Federer set a historic mark in tennis. He is only the fourth man to achieve 900 wins on the ATP World Tour, along with Jimmy Connors, Ivan Lendl, and Guillermo Vilas.

“When you win you can enjoy it more, because it can be a very, very frustrating game, as well,” Federer reflected. “At the end, let’s not forget only one guy ever wins the tournament. All the other guys go home with nothing. So it can be tough depending on how you see it.”

“That’s where these wins have definitely helped me continue working hard, be motivated, loving it so much and being part of great matches. And that I came out so often on the winning side is obviously amazing for me.”

The Swiss maestro is the first man to win 900 matches since Lendl in 1990. Today’s win also extends Federer’s record streak in grand slams. His streak of consecutive quarterfinals is now up to 36, ahead of previous record holder Jimmy Connors (27). Further, the Swiss has tied Vilas for the most wins at Roland Garros at 58. Both he and Nadal (54) are closing in on passing this record.

Roger Federer will face Jo-Wilfried Tsonga in the quarterfinals of Roland Garros on Tuesday, June 4.