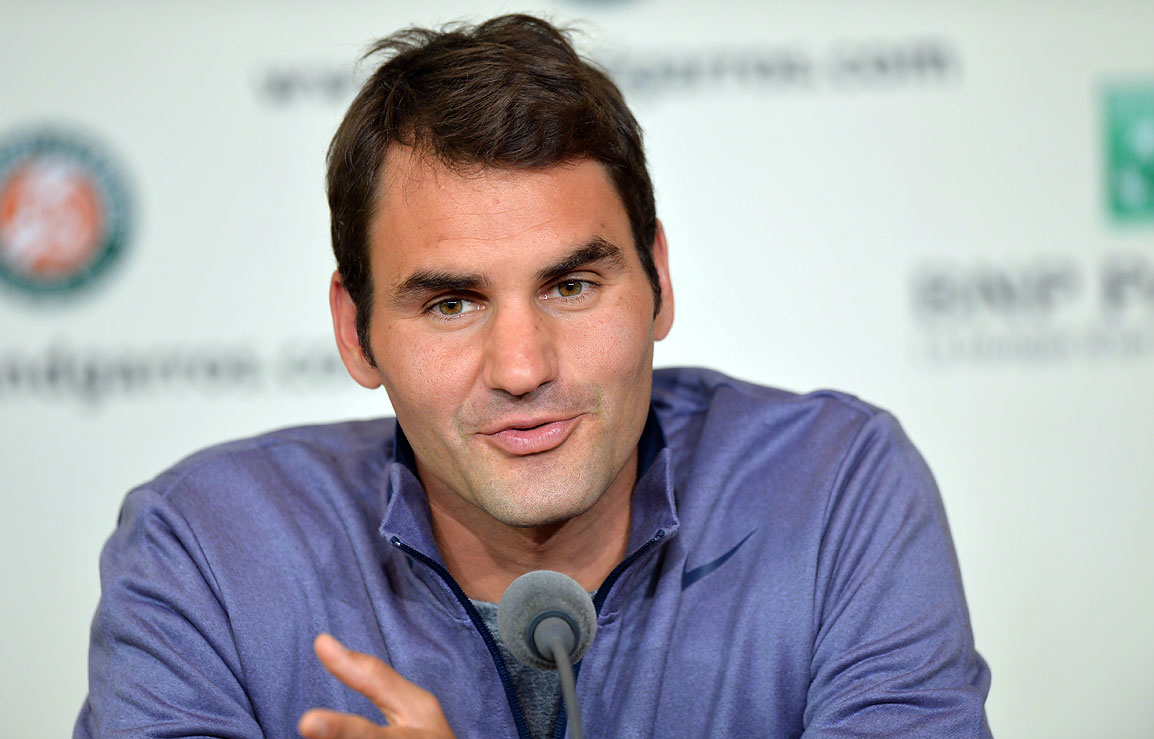 Roger Federer will begin his 54th consecutive grand slam when Roland Garros is underway for 2013. The record ties Stefan Edberg for second in the Open Era. Within reach is the record holder, Wayne Ferreira with 56. The Swiss maestro spoke Friday about his longevity and the value in carrying “great stamina” at events where there are “no shortcuts.”

“It’s incredible. I never thought I was going to play that many, have that many opportunities to do well at the Slams,” said Federer. “Clearly I’m happy about it, but they don’t buy me victories. But it shows maybe great stamina and an injury-free career in a way.”

“In a Slam where you know you’re going to enter best-of-five-set matches over two, three weeks, you have to be at your best and you need to feel like you can compete with the best at the highest of levels for a long period of time. There are no shortcuts in best-of-five-set matches, and that’s where I think I was always up for the challenge. I’m very happy that I was able to do that for so long so far.”

Federer enters the season’s second grand slam on the back of his first finals appearance, finishing runner-up to Rafael Nadal last week in Rome.

“I’m happy about the way I play when I practise, but also during the games,” Federer said. “I felt fit and I have a good level of confidence. [My] confidence came back little by little. I’m at the level I want to have for this tournament.”

Rather highly anticipated this week, was the swirling rumors about Roger Federer joining Twitter (@rogerfederer). The Swiss star also addressed why he finally joined, and even commented on his recent haircut which for the first time in over a decade, is shorter than his fans are used to seeing.

“For me, it’s really [about] connecting with the fans on a different platform than what I’ve done in the past, as well. I also clearly wanted to see for myself how it really works for the other players and other athletes and other people around the world,” said Federer.

“I wasn’t sure in the beginning, to be honest. For me, to enter that right away was not the right thing to do. I wanted to first wait and see and only do it when I felt very comfortable and not get pushed into it by someone. At the end of the day, it’s got to be something I needed to feel comfortable with, and I did get many comments from many fans and followers that they would love to see me on Twitter. I said, ‘Okay, I’m happy to give it a try and have some fun with it’.”

As for the new look Federer debuted earlier this month in Madrid, Federer remarked, “I wanted to have my hair shorter. But don’t worry, it will grow.”