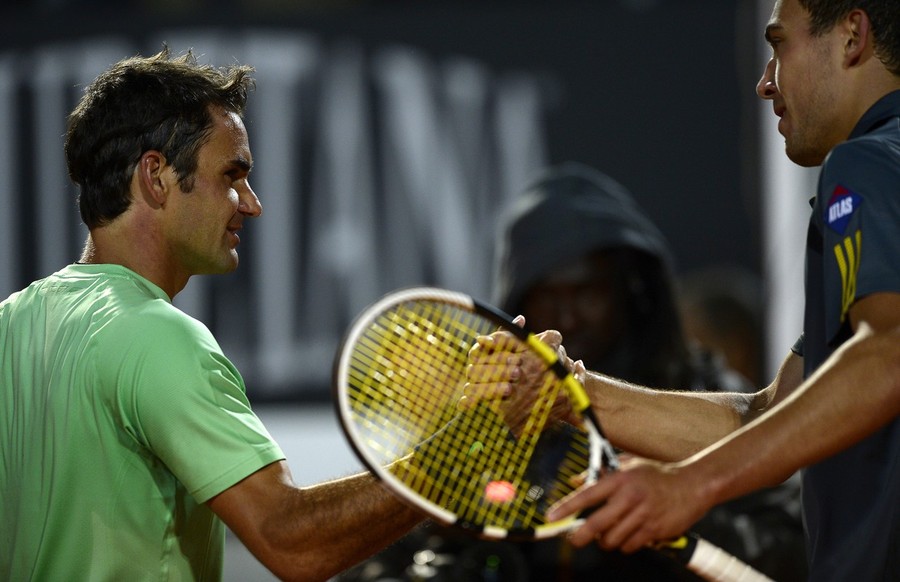 Roger Federer and Jerzy Janowicz faced off for the first time Friday night at the 2013 Rome masters. The power striking Janowicz routinely fired serves over 225kph (140mph), as the Swiss maestro fended off returns and used his variety to maneuver his tall opponent. Both players held their serve rather comfortably until Federer took advantage of Janowicz’ repeated drop shots, breaking in the final game.

The response was aggressive. Janowicz broke in the first game of the second set with first strike tennis, but Federer remained calm and collective as he took care of his serve, fighting back to break while Janowicz served for the set. In a matter of moments, the Swiss held serve and had two match points. However Janowicz saved both, extending the match into a tiebreak. There, Federer took command, serving out the match with ease, 6-4 7-6 (2), in 1 hour 26 minutes.

Federer will face Benoit Paire in the semifinals on Saturday.