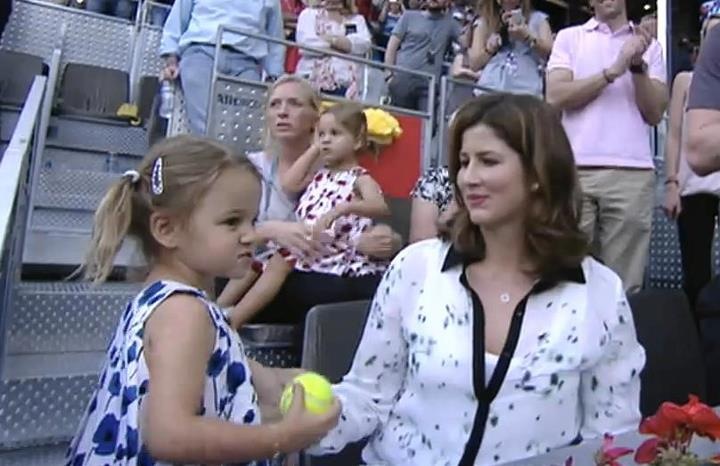 Federer: Mirka invaluable to my career

Earlier today, Roger Federer spoke ahead of his series of exhibitions in South America. The Swiss maestro praised his long time partner and now wife, Mirka.

“I love my role as a father and in a few years, when I devote full time to [our twin daughters], really look for what every parent wants their children: to educate them,” Federer told La Nacion. “Mirka always helped me, she’s great company. When I met her, I had no titles and now I have 76, so look at what has happened. She comes with me everywhere and her role has been very important to me and she loves to watch me play. Now, life has changed since the birth of our daughters, but we try to make it compatible with my career. She always accompanies me when she can and I think I would have retired if she did not like to accompany me. But ultimately, I live quietly. I’m very normal.”

He also added that if he stays healthy, Juan Martin del Potro will be an even bigger threat in 2013.

“I think your goal should be, at least to try and reach a top 4 or 5 ranking,” Federer said. “Juan Martin was playing very well this year. I hope he can maintain that level in 2013 and be more comfortable physically, and not get injured. Because unfortunately he was hurt a long time. He can fight for No. 1. I played against him many times this year, and they were very difficult matches, exciting.”