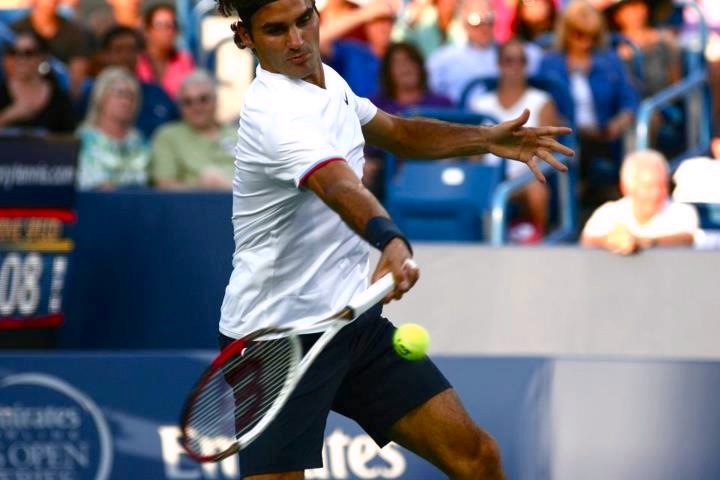 Temperatures soared into the 90s (F; 30s C) Thursday afternoon in Cincinnati, and everyone was feeling the humid, muggy conditions. Andy Murray was upset just earlier in the day by lucky loser Jeremy Chardy, 6-4 6-4. Roger Federer would have none of the same as he took on young Australian Bernard Tomic. Accustomed to similar if not hotter conditions during his off season training in Dubai, the Swiss maestro stormed out the gates, breaking the young Aussie early, winning 16 of 17 points in one stretch to break again and clinch the first set in under a half hour.

Tomic settled into the match in the second set, but Federer’s variety was firing at will, hitting 7 aces along with 27 winners. Needing exactly one hour yesterday, the Swiss star spent about the same time on court today, 61 minutes in serving out the match, 6-2 6-4.

Federer will face #10 seed American Mardy Fish in the quarterfinals on Friday. 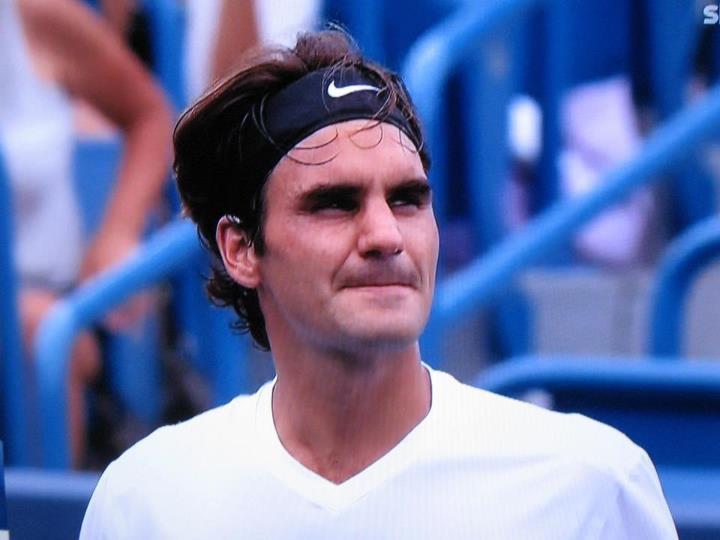 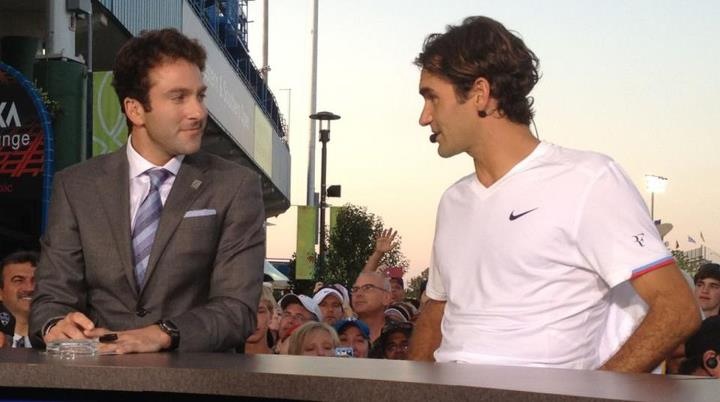