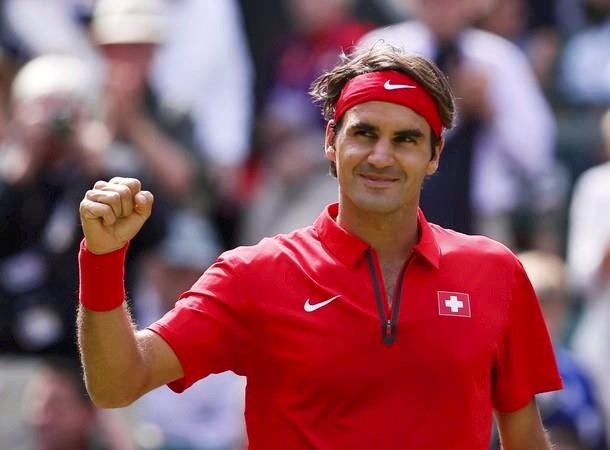 Top seeded Roger Federer made quick work on Centre Court today, easily defeating Julien Benneteau 6-2 6-2 in just 58 minutes. The last time the two met was in the third round of Wimbledon this year. In that meeting, the Swiss maestro fought back from a two sets to love deficit and was within two points of defeat six times. This time, there was no close encounter.

Federer jumped to a lead early and ran away with the match. Benneteau’s strapped up leg hindered his movement and the match was one sided to the finish. The Swiss maestro will face Denis Istomin in the third round of the 2012 London Olympics.