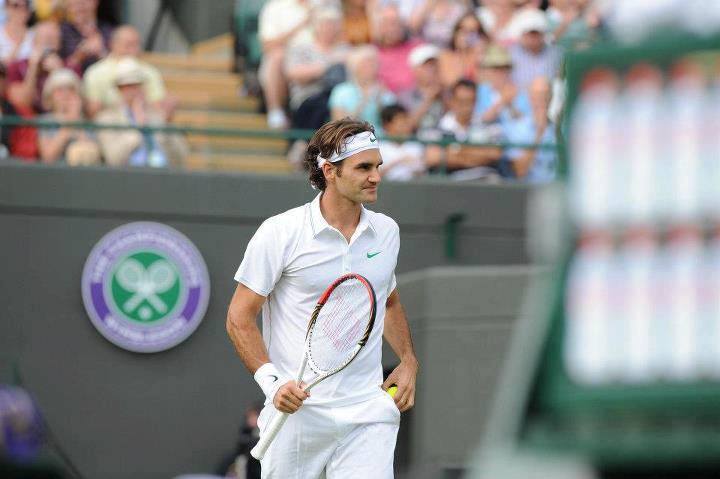 Roger Federer continued his smooth sailing at Wimbledon on Wednesday. Back on Centre Court, the Swiss maestro took on Fabio Fognini in the second round. Prince Charles of Wales and his wife Camilla, Duchess of Cornwall, sat in the first row of the Royal Box as Federer walked onto Centre Court. Both Federer and Fognini then took a bow toward royalty before carrying on with the match. It was Prince Charles’ first appearance in 42 years, and he came to watch the Swiss play.

With the crowd buzzing, Federer put on quite a display. He hit 35 winners with clinical accuracy, firing 13 aces and breaking on 6 of 8 opportunities. The Swiss star dominated, winning 37 of 41 points on his serve also continued to put pressure at the net, winning 21 points on 23 approaches. Stefan Edberg sat in Federer’s box and Steve Ullrich umpired the match.

Federer said it was “a great feeling” to play in front of the royals. The Swiss six-time Wimbledon champion will face either Michael Russell or Julien Benneteau in the third round on Friday. 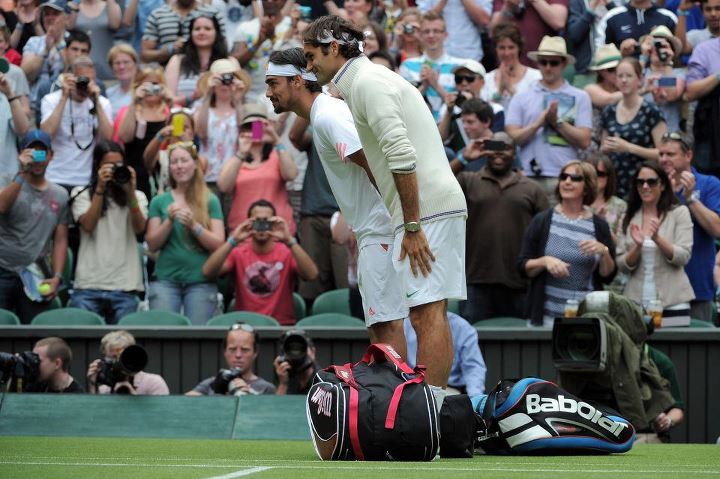 After the match, Federer spoke about his performance.

“I was serving well,” said Federer. “You’re not going to get many chances throughout a set, maybe, against me, when I’m serving well. I didn’t think it was that easy of a match. [I] really tried to focus hard and made sure I played sort of a clean match, which I was able to do again today.”