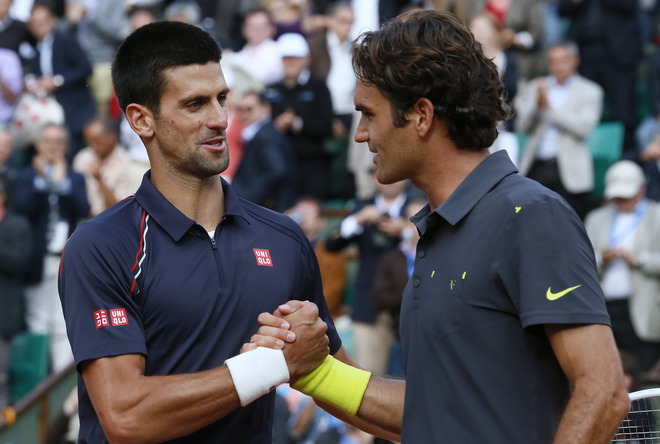 In a rematch of the epic semifinals a year ago at Roland Garros, Federer was mistake-prone, a flat out dud against Novak Djokovic Friday afternoon. The Swiss maestro has struggled to find form or any rhythm in the fortnight, and it continued to show today. While both players had little to build on, it was Djokovic who hit only three unforced errors in the first set to go up 6-4. However the story of the match was Federer’s 46 unforced errors, and his erratic play which was noted right from his first round match.

Squandering a 3-2 lead up a break in the first set, the Swiss displayed rare loss in the second set, where he was up two breaks at 3-0, and broke three times total in the set, only to be broken three times. Sloppy play all around, none of the aggression was seen as the match was in 2011.

Djokovic stayed course, playing his baseline game, while Federer hit misfired in flurries and never got it together. After 2 hours 5 minutes, he ended the Swiss maestro’s bid for a 17th grand slam, 6-4 7-5 6-3. It will be Djokovic vs Nadal in Sunday’s final.

For Federer, it was an extremely disappointing day, and an unusual struggle in the past two weeks after he won in Madrid and made a semifinal appearance in Rome. Now its onto the grass, beginning with Halle next week which he is scheduled to play in. Keep up with Federer on RF Activity. 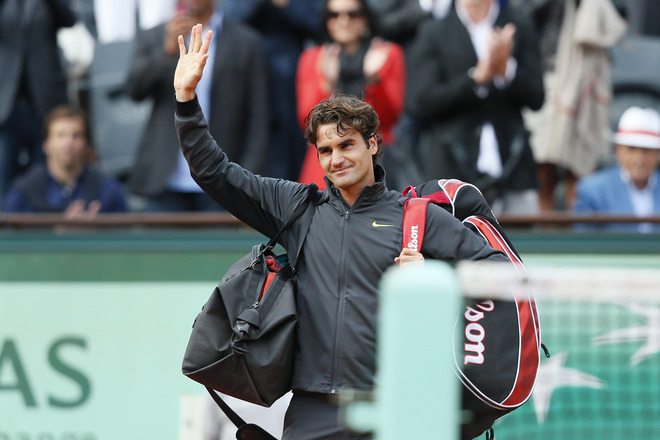