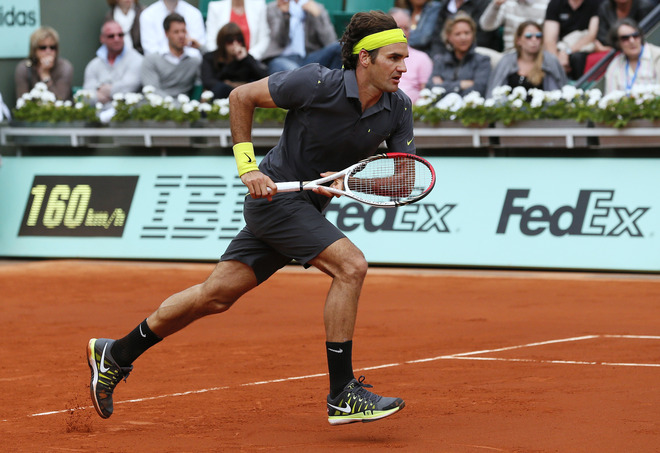 Weather conditions cooled off considerably Sunday in Paris, leading to surprising matches. Earlier, top seeded Victoria Azarenka was upset, and on the mens side, top seeded Novak Djokovic overcame Andreas Seppi in 5 sets, after down two sets to love. Roger Federer took on 21 year old David Goffin, a “lucky loser” who was given a spot in the main draw because of a withdrawal. The young player from Belgium looked up to the Swiss star growing up, and it was a special moment for him to play his idol. Federer prevailed 5-7 7-5 6-2 6-4 in 2 hours 54 minutes to reach the quarterfinals at Roland Garros, but also added to history. The Swiss maestro has now reached 32 consecutive grand slam quarterfinals.

However it was Goffin who struck first in the match, late in the first set when he risked a forehand ending up for a winner. Play was tight in the second set as a tiebreak seemed imminent, but after digging out of a love-30 hole at 4-5, Federer broke Goffin and served out the second set to even the match. After that, experience came into play and the Swiss cruised toward a two set to one lead and marched on with a comfortable one break lead throughout the fourth set.

After the match was a memorable on court interview in French. Federer will face the winner of a showdown between Tomas Berdych and Juan Martin Del Potro in the quarterfinals.

Post-match interview with Federer and Goffin (in French). 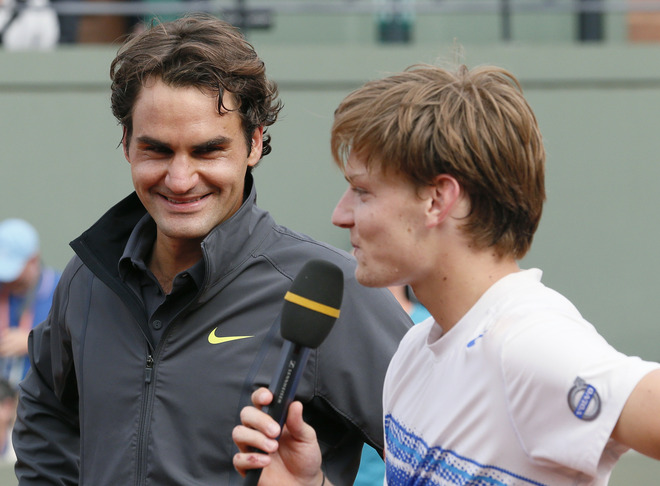