Roger Federer created another milestone record for himself Wednesday afternoon in Paris, this time of grand slam victories. The Swiss maestro defeated Adrian Ungur 6-3 6-2 6-7 (8) 6-3 in 2 hours 27 minutes to seal his place in the third round and also record his breaking 234th grand slam victory. The 30 year old Federer has eclipsed the long standing record of Jimmy Connors, who played past the age of 40. Missing to convert on two match points in the third set tiebreaker did not faze Federer as he resumed the smooth sailing he was displaying in the first two sets.

Although the Swiss was pushed harder to work during the third and fourth sets, he kept cool and relied on the fundamentals of his game, swift footwork and exquisite variety. However, it was not without some of the similar erroneous play from the first round. Federer did fire 15 aces to only a single double fault, as well as hitting 50 winners; but also had 40 unforced errors. Interesting to note is that the Swiss has had some difficult early round matches at Roland Garros in the past, notably in 2009 when he went on to win the title. 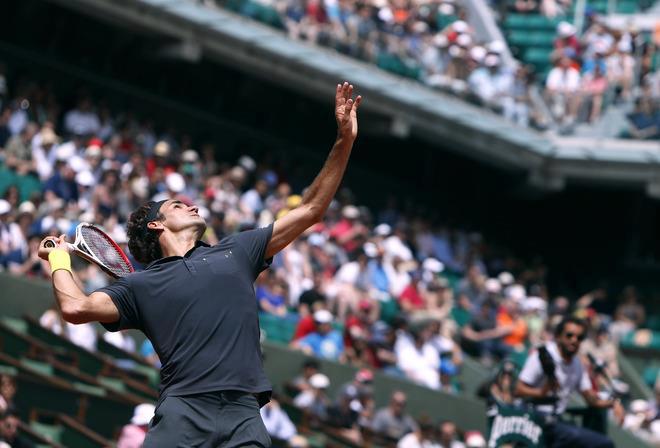 Federer is aware of that, and addressed the press afterward. “I think it’s a bit easier now, just because I have been around for so long that, even though I expect myself to win, I can still manage to do that,” he said. “Whereas in the beginning when you think you’re good but you’re maybe not that good yet, you get many more surprise losses. They really hurt you. I’ve had a few here against [Hicham] Arazi, against Horna early on. Against [former three time champion Guga] Kuerten I was the favorite too. I thought his hip wasn’t good and he came off a five‑setter. I lost in straight sets against him.

“So you’re talking about a match that potentially wasn’t that close sometimes or they make a bigger deal out of maybe you losing a set or getting broken a couple of times, whereas maybe at another tournament you wouldn’t talk about that. So it’s just a bit of a different momentum in the press conference,” said Federer with a laugh. 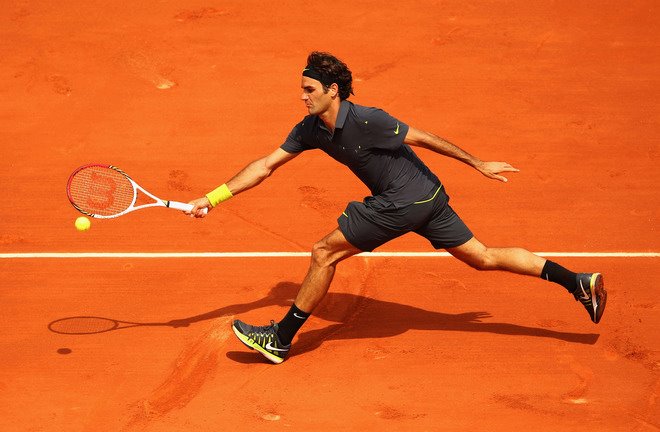