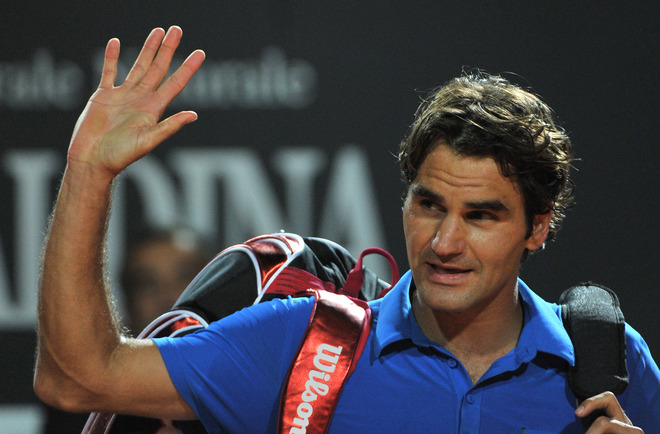 Top seeded Novak Djokovic put an end to the Swiss maestro’s run Saturday night in Rome. Federer had come back from a six week layoff, winning the Madrid masters title and cruising into the semifinals of the Rome masters. The Serbian read the serve of the Swiss well and broke twice in the opening set alone to jump out to a one set lead. Things were much closer in the second set, with both players holding serve until midway in the set.

Djokovic then decisively broke, making it appear as if the match was surely now his. However, Federer struck back, fending off a match point with a scorching forehand winner and breaking serve to even the match at 5 all in the second set. From there, a love hold reversed the roles, as it was now Djokovic needing to serve to stay in the set. That he did, and ensuing was a tiebreak which began with a 25 shot rally, won by the Serb when Federer netted a forehand. 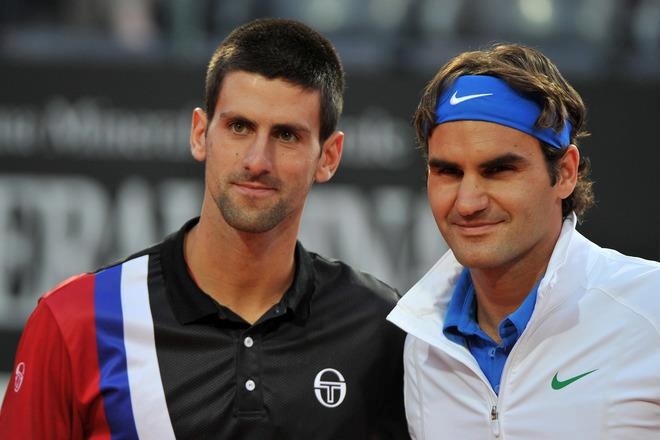 Next for Federer is Roland Garros, beginning May 27. Stay tuned for more Federer news, updates, photos, and video, all in one place, FedererFan07.com.