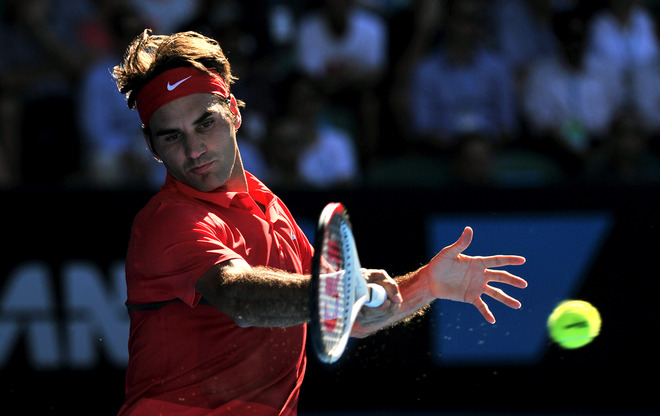 This 2012 Australian Open quarterfinal was a memorable moment for Federer. It was his 1000th career match on the ATP World Tour, and a blockbuster match against the towering Juan Martin Del Potro. Winning a set would also be the 2000th set of his career. Court conditions were sweltering, with temperatures hovering around 35 degrees °C (95 °F), but it was Federer who came out looking very sharp. Both players moved well and played well throughout the match. The Swiss maestro served out wide to Del Potro’s forehand to much success early on, jumping out to a 3-0 lead. Del Potro responded, breaking back and evening the first set at 4 all, where Federer exploded on two points to earn and clinch the first set (2000th set of his career). 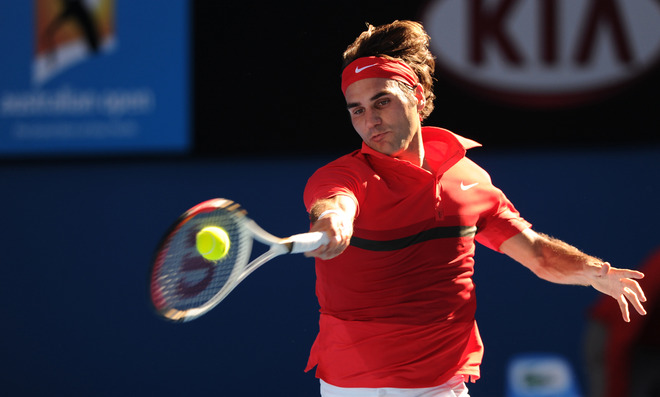 The second set began similarly, this time with Federer breaking for 3-1, and holding his lead until a tough hold while serving for the second set. A fiery exchange at break point ended in a big yell from the Swiss maestro, and he went on to take a two set lead. Much more of the same continued in the third set, as Federer began to cruise, hitting 38 winners in total. The Swiss maestro stayed on the baseline the entire match, not giving up an inch against the heavy groundstrokes of Del Potro. A match that was thought to be a dangerous situation and potential upset turned out to be a master class performance by Federer, who served out the match, 6-4 6-3 6-2. It is his 232nd career win, now only one shy of the record (Connors, 233).

Roger Federer is into his 9th consecutive Australian Open semifinal without dropping a set and extends his winning streak to 24 matches. He will face Rafael Nadal in the semifinals Thursday evening in Melbourne. 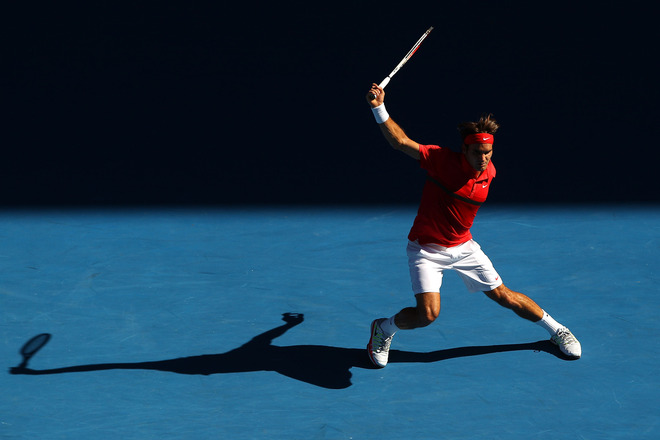 Watch every single match of the 2012 Australian Open on FF07tv. Federer faces off against Nadal, Thursday 7pm Melbourne time, on Rod Laver Arena.