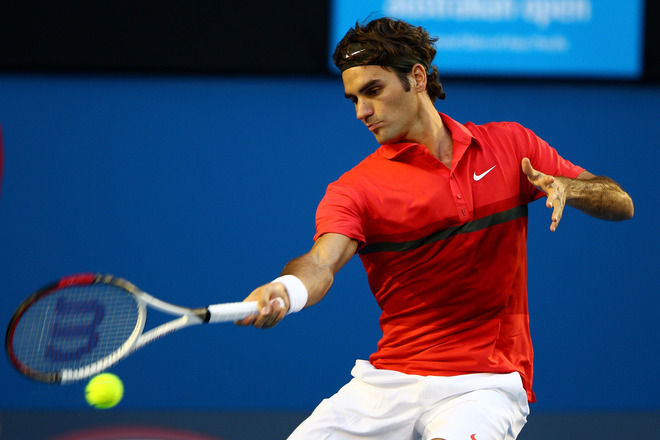 Federer into second round

Playing in his 49th consecutive grand slam, Roger Federer is into the second round of the 2012 Australian Open. The Swiss maestro displayed fine form coming off his recent back injury, showing little to no signs of troubles over a week ago. Alex Kudryavtsev hung tough in the first set, until Federer broke to win the set 7-5, with 17 winners and 9 aces in the first set alone. He then cruised to a straight sets victory, including a smashing 104 mph forehand winner, 7-5 6-2 6-2. Overall, Federer hit 43 winners and served 14 aces, winning 80% of points on his first serve.

Federer said in his post-match interview with Jim Courier that his back is well, and he is 100% fit, ready to play.

Federer also hit a casual tweener off of a fault serve.

Watch every single match of the 2012 Australian Open on FF07tv. Stay tuned for details of scheduling for Federer’s second round match. 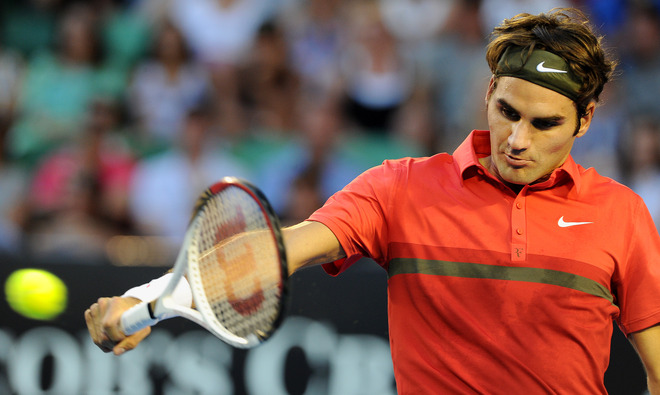