Roger Federer dazzled and stunned the crowd immediately as the match started with crisp shot-making. His opponent, Tomas Berdych, was fresh off upsetting Andy Murray (and halting a 17 match win streak) the day before. Saturday would bring no such similarity, as Federer was lethal. 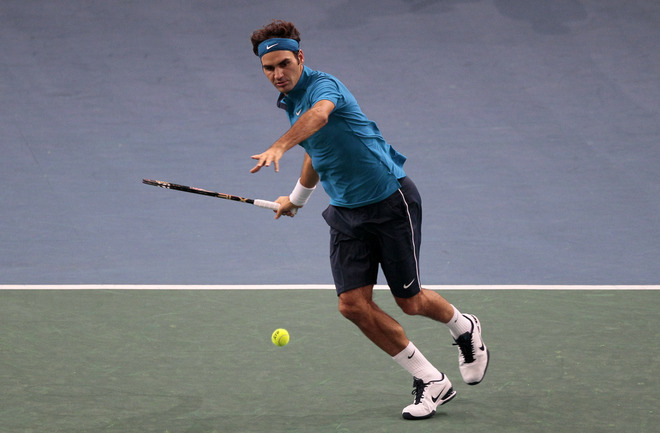 After breaking serve in the first game, Federer easily held serve and closed out the first set, 6-4. With no letdown, the Swiss maestro broke again, jumping out to a 1-0 lead in the second set. By now, Federer was playing well. He fired 5 aces, putting 70% of his first serves in play, and most telling of his serve, won 91% of points on his first serve. Federer hit 34 winners, converted 3 of 6 break point chances and continued sublime play until clinching the match, 6-4 6-3, in 1 hour 20 minutes. Federer is now into his first Paris Masters 1000 final.

Tomas Berdych after the match – “I would say, and I’m pretty confident to say, that that’s the old Roger,” said Berdych. “You know, the years that he was really winning everything. We can count the unforced errors that he hit, like maybe, on the fingers on one hand, which is incredible. He started every set really great and just didn’t give me any chance at all.” 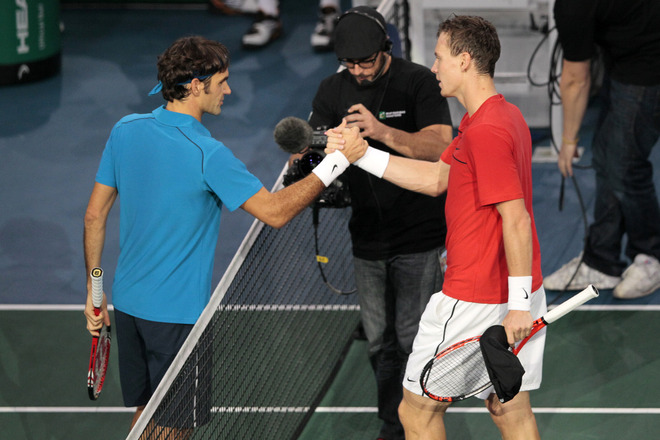 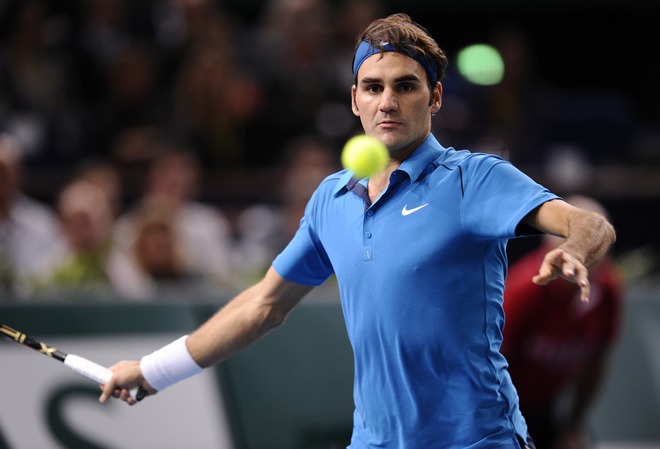 Federer plays Jo-Wilfried Tsonga or John Isner in tomorrow’s Paris Masters 1000 final. Stay tuned for more as the match approaches. Watch full coverage of all the action in Paris this week at FF07tv. 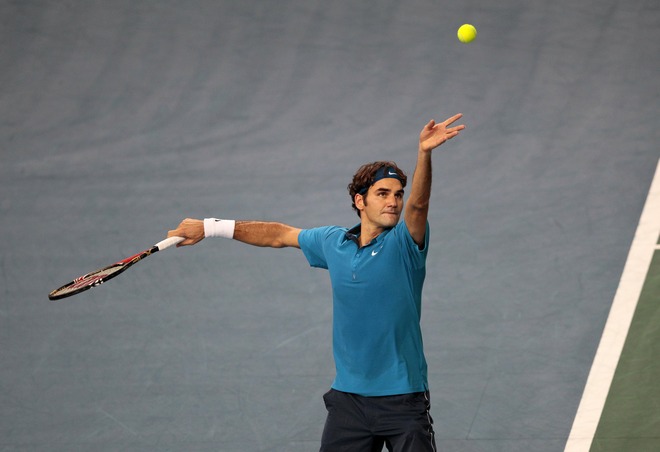