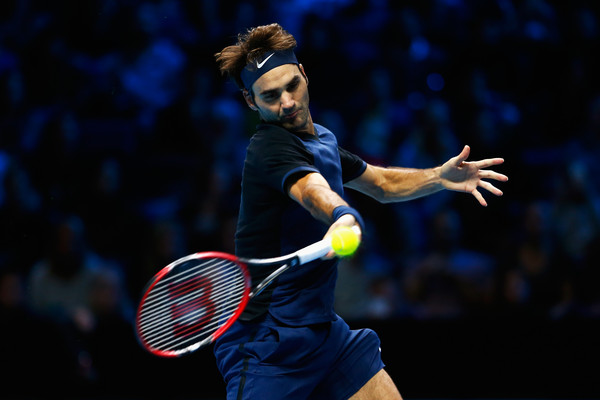 Roger Federer quickly turned around from a horrid opening service game to cruise past Tomas Berdych in his opening round robin match at the 2015 Barclays ATP World Tour Finals. The Swiss maestro missed all of his first serves, delivered two double faults, and was broken at love. He quickly broke back, and then took command of the match from 4-all. The 6-time World Tour Finals champion broke the Czech and comfortably served out the first set. Upon back to back breaks in the second set, the 34-year-old Swiss eased to a 6-4 6-2 win in 69 minutes.

Behind 63% of first serves in play, Federer won 86% of points on his first serve, hitting 20 winners. Eight of them, drop shots. The Swiss won nine of twelve points at net and converted four of six break point opportunities. Sunday’s solid win sets up a Tuesday that will draw all tennis fans to their television sets, screens, and the O2 Arena – a showdown with Novak Djokovic, worthy of a grand slam final. The Serb had no trouble defeating Kei Nishikori, who is carrying over the remains of a recent injury from the Paris Masters. 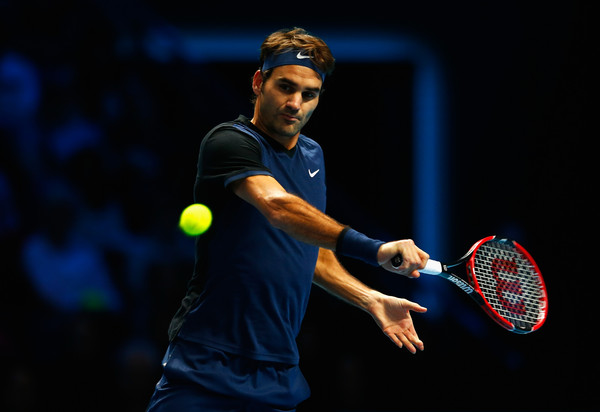 After the match, the Basel native reflected on his start to the Final Showdown. “Clearly it was not the best start,” said Federer. “It was a bad start. One of the worst starts I’ve had in years. No first serves, two double faults, nothing coming from the baseline. It was rough.”

“Thankfully I was able to pick it up. The surface does play slow here. If you get to see too many second serves, clearly you can crawl back into the match. You can get your chances from the baseline to find rhythm quickly.”

“It’s hard to blast through an opponent here in London, which I think helps for me now against Berdych in this case because I can make the match athletic. As the match went on, I definitely started to play better, started to serve better. I think what I underestimated a little bit in some ways was that it was a first round. I think I was playing very well in practice. I had a very good idea with Severin and Stefan how I should play the match.”

“It was a good lesson for me to learn. But now I’m in the second round, so that’s a good thing.”