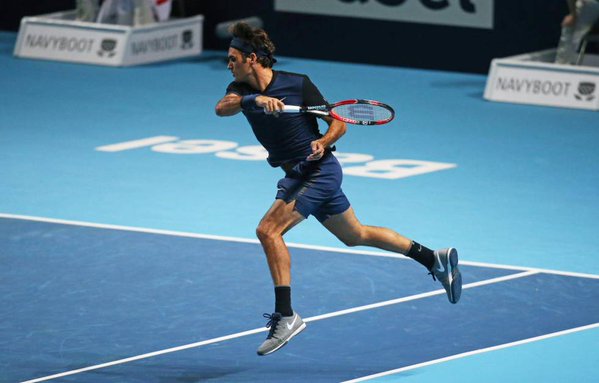 Roger Federer got off to a fast start Tuesday evening in Basel, defeating Mikhail Kukushkin 6-1 6-2 in just 54 minutes. The 6-time Swiss Indoors champion raced to a 5-0 lead early, and left his opponent from Kazakhstan in the dust from 2-all in the second set. Unfazed by Kukushkin’s tactics, Federer looked at ease from start to finish, hitting 25 winners to 13 unforced errors. The 34-year-old Swiss was aggressive throughout, winning 91% of points on his first serve and 72% of points on his second serve, backed by winning 17 of 20 points at net.

With a routine win, Federer will face German Philip Kohlschreiber in the second round in Thursday’s evening session. 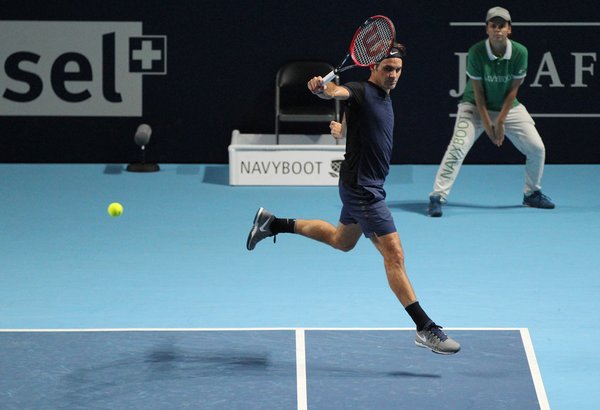 After the match, the Swiss reflected on the importance of his first round win. “I got off to a good start, which was a goal of mine,” said Federer, who was coming off an opening-round loss at the Shanghai Rolex Masters. “Once in the lead, I was able to stretch that and keep pressure on my opponent. I’m very pleased for a first round, especially after Shanghai.”

“Clearly, it was an important victory,” said Federer. “Losing today wouldn’t have been great for my confidence. I feel no effects from losing in Shanghai. I hope this match is a stepping stone to greater things this week. I’ve played so well over the years here in Basel.” 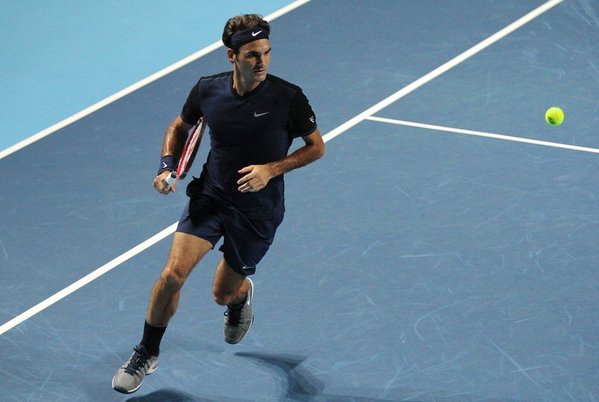