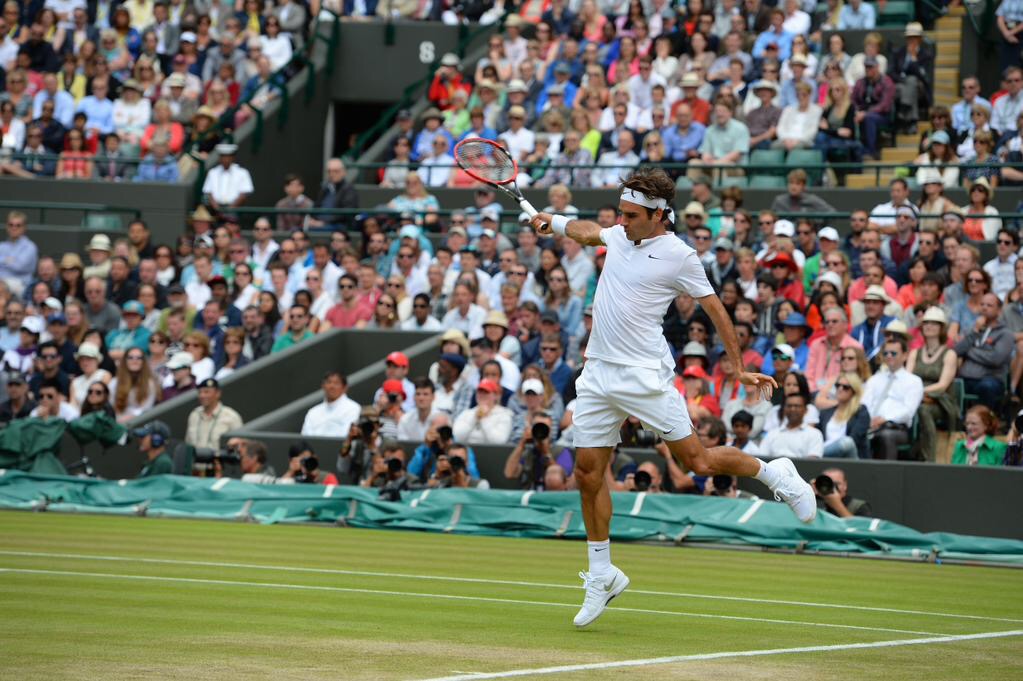 Roger Federer’s streak of 116 consecutive service holds was snapped while serving for the second set, but it made no difference in the outcome of Wednesday’s quarterfinals at Wimbledon. The Swiss maestro was solid from start to finish, playing through Frenchman Gilles Simon and two rain delays. Behind eleven aces and 36 winners, the 7-time Wimbledon champion was never in trouble, facing and dropping his only break point. He converted five of eight break chances of his own.

After returning from a second rain delay, the 33-year-old Swiss fired an unreturned serve and two aces to take the second set, breaking soon after and accelerating away with the match. Needing just 1 hour 35 minutes, Federer defeated Simon 6-3 7-5 6-2, advancing to the semifinals for the tenth time, and 37th overall in grand slams. 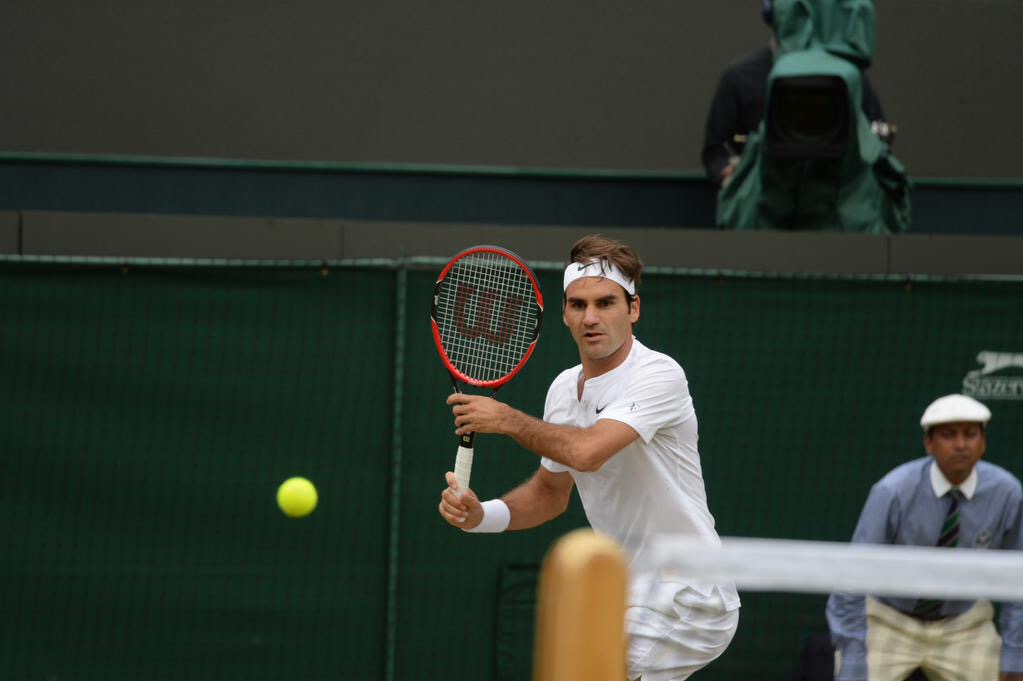 Afterward, the Swiss reflected on the match and rain delays. “I think, actually, it was good,” Federer said. “Second set, I came out, served great at 6-5, 15-love. Ran away with it in the beginning of the third as well. So today I don’t want to say it came in handy but I definitely came out with the right game plans. It’s clearly also nice, in a rain delay, to be in the lead so you’re more relaxed in the rain delay rather than too concerned.”

“I still feel like I’m fresh and I’ve got energy left in the tank for hopefully a great match with Andy,” ​Federer insisted​.

“I just hope the crowd gets into it and enjoys a good match and that we can play well. I have received a lot of crowd support over the years, and so has Andy.”