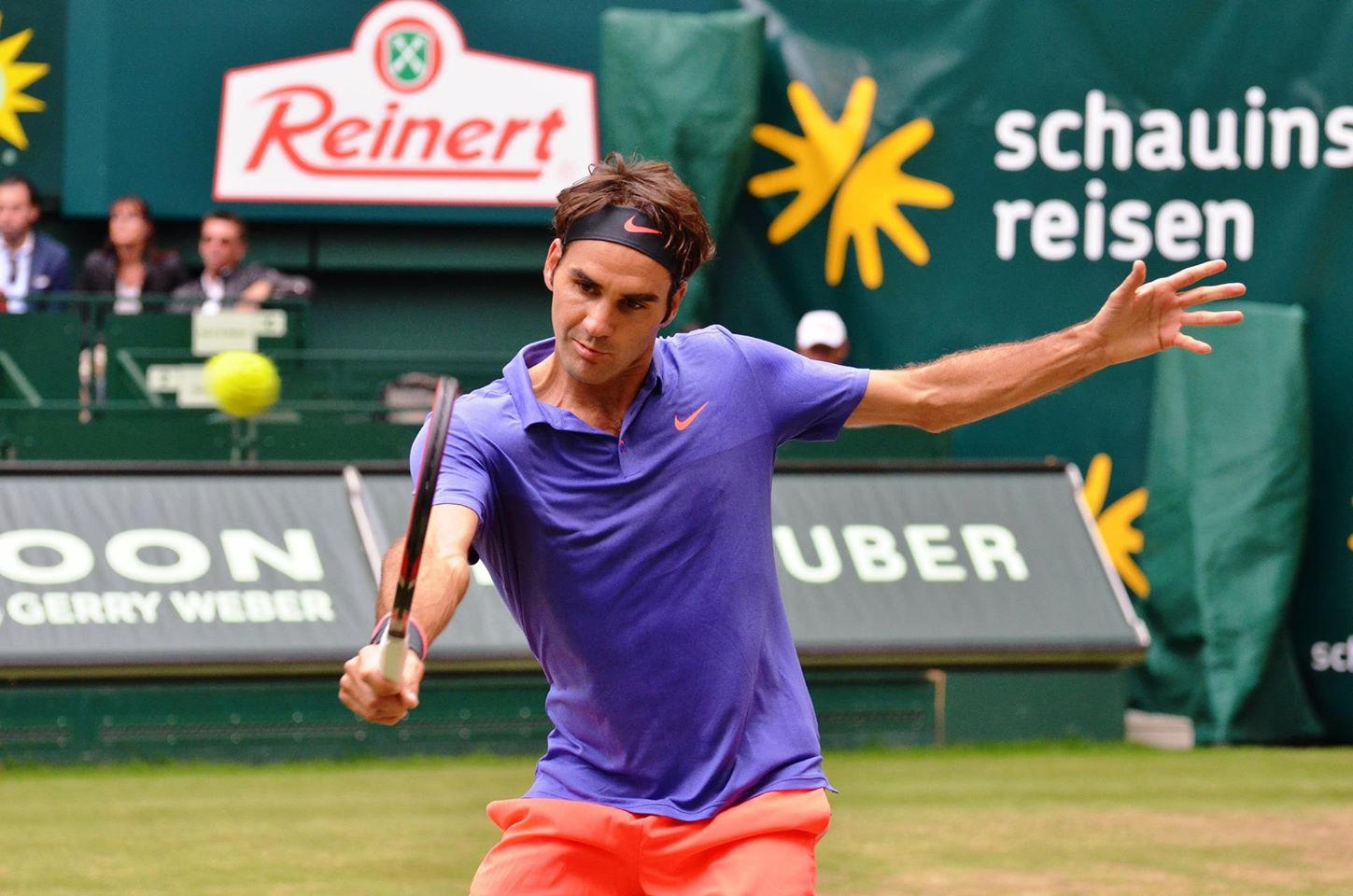 Without his free-flowing form for most of the first set, Roger Federer found himself locked in a battle against Andreas Seppi, the man who upset him six months ago in Melbourne. Of course not actually thinking of the superstition that he had never won a tournament where he faced the Italian, the Swiss was instead focused on breaking records – his own. The 7-time champion became an 8-time champion Sunday in Halle, defeating Seppi 7-6 (1) 6-4 to lift the trophy at the 2015 Gerry Weber Open.

The 33-year-old Swiss was flawless in the second set on serve, holding at love repeatedly in about a minute. In successive return games, he forced the Italian to work hard to stay in the set. With Seppi serving at 4-5, Federer took advantage of his prime opportunity, converting on his fifth break point with an overhead smash.

The title marks Federer’s 15th grass court title, an Open Era record, his fourth title of the season, and 86th of his career. The Swiss improved to 12-1 against Seppi. Eight titles at the Gerry Weber Open marks the most in one place for the 17-time grand slam champion. He will be looking to make it a pair of 8’s as he goes for a record 8th title at Wimbledon, starting next week.

Afterward, Federer was pleased with his performance and reflected on his week in Halle. “I think that I did very well here in the tie-breaks,” said Federer. “I served well which you have to on the grass. I was able to mix it up, so I created a good pattern going into the tie-break. My opponent wouldn’t quite know where it’s going to go and if he knew where it was going to go it was going to be tough for him to defend. I think I did a really nice job this week on these situations.”

“I think one big secret on grass is when to hit which shot and playing the score the right way. You might be playing perfect but then in one moment you take a bad decision and grass makes you pay for it all. So, this week has been great if I look at the whole thing. I don’t think I got broken anymore the last four matches I played. The first match was extremely close but I won all the tie-breaks this week, which gives obviously big confidence knowing that in the crucial moments my game was right there.”